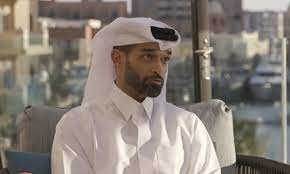 November 29 – World Cup boss Hassan Al-Thawadi has said 400-500 migrant workers have died as a result of work done on construction projects, and is sticking by the figure of just three work-related deaths on World Cup projects.

He said however that even “our most ardent critics now consider us a benchmark in the region”.

As well as the three work-related deaths the Qataris are recognising, they say there have been 37 non-work related deaths on the Supreme Committee for Delivery & Legacy’s projects.

One of the key issues here is what the Qataris define as work-related and non-work related deaths. There are also no figures on serious injuries or life-threatening medical conditions triggered by the working conditions.

Whichever way you look at it, Al Thawadi’s statements are a very long way from the more than 6,500 deaths attributed to infrastructure projects by Human Rights Watch.

For years the Supreme Committee (SC) has downplayed and contested the number of deaths related to stadium construction and other World Cup projects.

“I don’t have the exact number. That’s something that’s being discussed. One death is a death too many. Plain and simple. Every year, the health and safety standards on the sites are improving, at least on our sites, the World Cup sites that we are responsible for, most definitely.”

The Supreme Committee later issued a statement saying: “Separate quotes regarding figures refer to national statistics covering the period of 2014-2020 for all work-related fatalities (414) nationwide in Qatar, covering all sectors and nationalities.”

The Supreme Committee also said of the figures are “documented on an annual basis in the SC’s public reporting and covers the 8 stadiums, 17 non-competition venues and other related sites under the SC’s scope.”

The failure to show either transparency or any form of humility over the issues surrounding the deaths and working conditions has become an unpleasant hallmark of the Qatari organisation of this World Cup.

The lack of accountability and refusal to face any version of reality other than their own will only inflame the issues further – and those facing FIFA – in what is fast becoming remembered as the World Cup built on abusive human rights.

The Qataris, who had plenty of friends globally when the blockade of their country by Saudi Arabia was at its peak, are fast losing credibility and respect. Not even they may be able to buy their way out of this one, especially once FIFA have walked with their $7.5 billion of World Cup revenue.

The irony is that the Qataris (and FIFA) could easily have contributed towards the call for a migrant worker compensation fund of $440 million and put many of the issues behind them – they could have bought their way out trouble.

And putting that figure into perspective, it is only a little more than the $387 million the Qataris allegedly spent on clandestine and illegal espionage activities, spying on and destroying the reputations of individuals who they felt were potentially dangerous to their hosting of the World Cup.