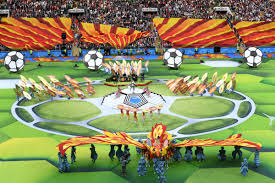 November 30 – BeIN Sports, the broadcast rights holder for the MENA region for the Qatar 2022 World Cup, is claiming more than 111 million viewers tuned in for the Opening Ceremony, while a cumulative total of more than 900 million watched the first 16 group stage games.

The 111.7 million adults across MENA equates to 31% of the total adult population – a six-fold increase on the viewing figure for Russia 2018.

This cumulative viewing figure for the group games is a 113% increase over the same 16-match period compared to Russia 2018.

Mohammad Al-Subaie, CEO of beIN – MENA, said: “We are not surprised that the first World Cup in the Middle East is shattering regional viewership records with more than one billion cumulative views of the opening ceremony and first 16 matches. Football fans across the Arab World are some of the most passionate in the world.”

99.2 million viewers watching the opening match between Qatar and Ecuador. Saudi Arabia featured in the second most-watched game with a total of 99.3 million viewers tuning in for their 2-1 comeback win against Argentina. Almost 18 million adults in the Kingdom –71% of the country’s total adult population – watched the match.