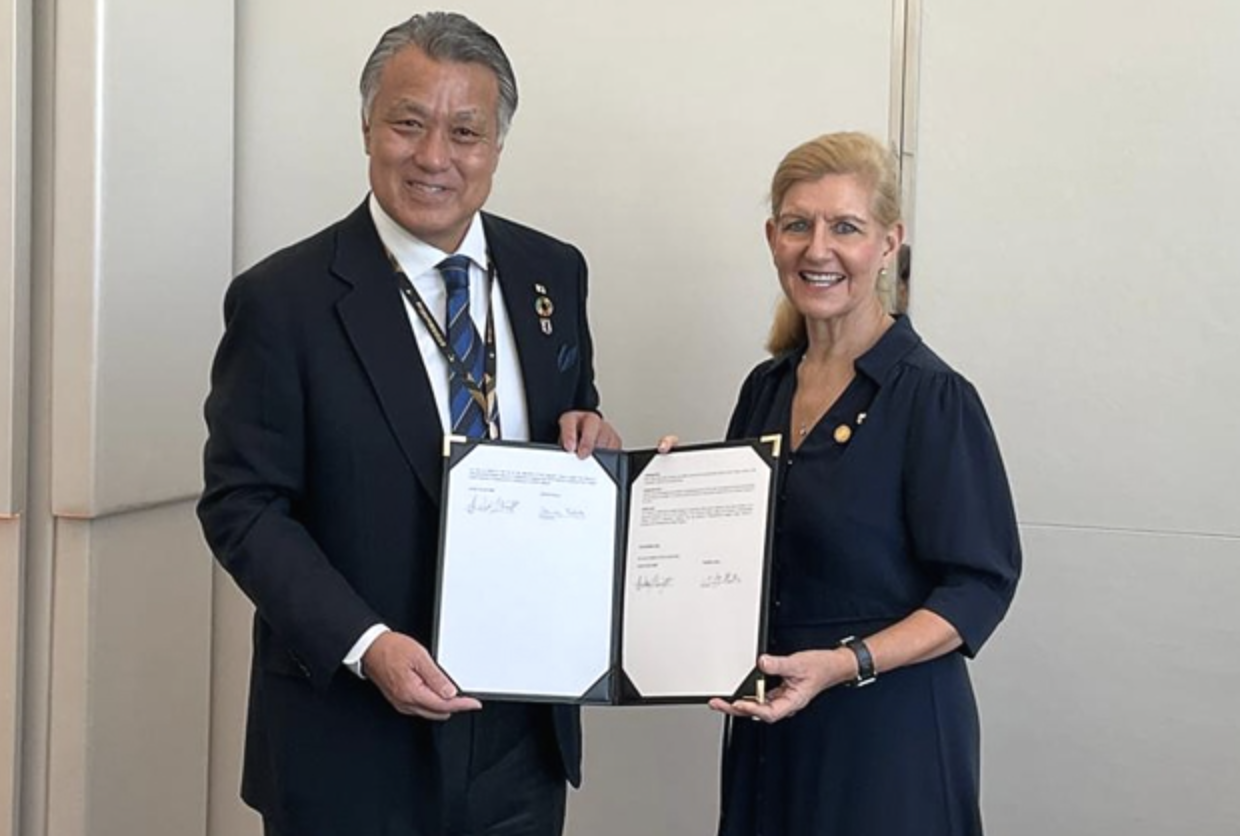 December 1 – The Japan Football Association (JFA) and the English FA have renewed their Memorandum of Understanding (MoU) with a commitment to further expanding their co-operation within an agreement that was first signed in February 2016.

At a signing ceremony in Doha, Qatar, The FA Chair Debbie Hewitt and JFA president Kohzo Tashima (both pictured) renewed their associations’ vows “and expressed high expectations for future initiatives”.

An addition to the agreement is a knowledge share covering Women’s Professional Football Leagues. Japan is in the process of launching their first professional women’s league while The FA has successfully expanded the WSL and Championship to make them high profile additions to the English football eco-system.