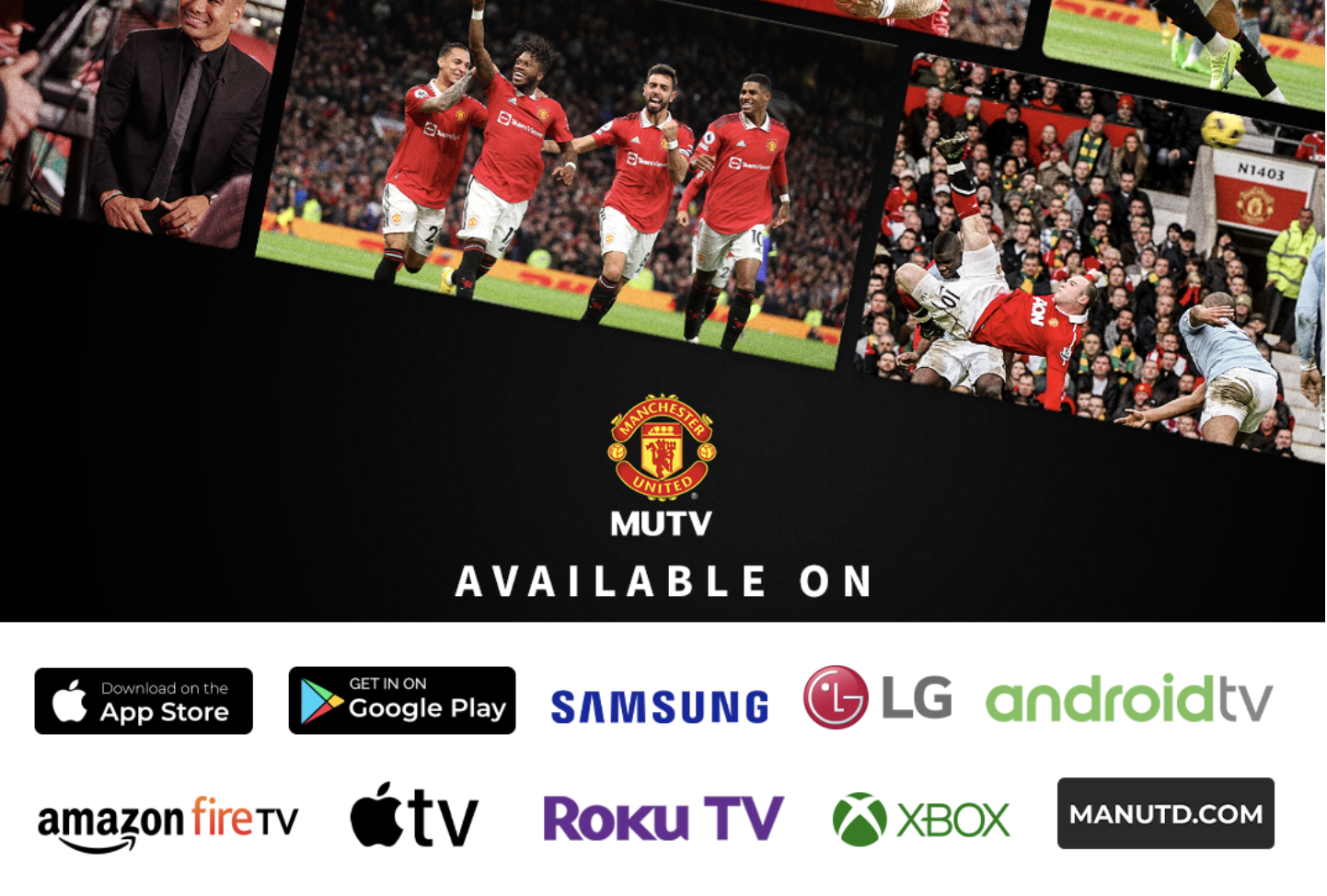 December 6 – Manchester United have increased the distribution of their broadcast channel making the MUTV app available on Samsung, LG and Android smart and connected TVs.

The app is also available on Apple TV, Xbox, Amazon Fire and Roku.

The app carries the full archive of highlights from all 1,167 Premier League games played by Manchester United, including all 2,205 goals scored by the club.

Phil Lynch, CEO, Digital Products and Experiences, at Manchester United said: “MUTV began in 1998 as a market-leading club specific channel and throughout the years we have continued to innovate with one common ambition – to serve our fanbase in the most engaging and accessible way.

“We are proud to be taking these steps to better engage our fans, further enrich our content and enhance direct-to-fan distribution.”