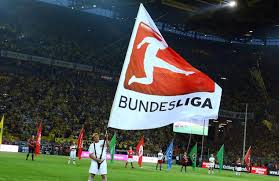 December 7 – The German Football League (DFL) has reportedly stalled the sale of a $3.6 billion stake in Bundesliga media rights after a number of raised concerns over the capital raise.

At the end of August the DFL returned for a second pass at the private equity markets, this time bringing in Deutsche Bank as its advisor on the potential sale of a broadcast rights package.

Deutsche Bank was reportedly identifying investment options with one of them being the sale of a stake in a new subsidiary that would hold domestic and international broadcast rights to the Bundesliga and Bundesliga 2. The total valuation of those rights was $18 billion.

In May 2021 the DFL broke off negotiations with private equity firms over a deal that then would reportedly have raised $500 million for a 25% stake in the league’s international rights.

The latest foray into the private equity market was initiated by new DFL boss Donata Hopfen. CVC, Bain Capital, KKR, EQT, Advent, Blackstone and Bridgepoint have all reportedly expressed interest in the deal.

To progress any deal, two-thirds of member clubs need to give their approval.

The DFL is understood to be holding a supervisory board meeting today to discuss the fund raising.

In November the DFL announced a working committee to handle the deal. The timetable, with expressions of interest now closed, was for information packages to be sent out in November and non-binding offers to be submitted in December.

The plan was to close the deal in March. That now looks to have been pushed back and could be in danger of being pulled altogether if enough clubs do not agree to the proposals.