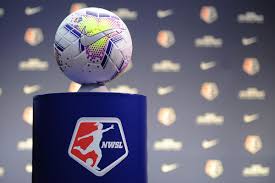 December 15 – A joint investigation unit commissioned by the National Women’s Soccer League (NWSL) and their players association (NWSLPA) has found widespread, ongoing misconduct in the top-flight North American league, according to a report released on Wednesday.

“The underlying culture of the NWSL created fertile ground for misconduct to go unreported,” said Covington & Burling LLP and Weil, Gotshal & Manges LLP, the investigative team. “Institutions meant to investigate and address misconduct failed to do so effectively.”

The findings were broadly in line with the results of another investigation by the so-called Yates report spearheaded by former U.S. Deputy Attorney General Sally Yates which in October said that the NWSL and U.S. Soccer failed to put in place “basic measures” to safeguard players.

U.S. Soccer said in a statement that it was “carefully reviewing” the latest report.

“We are grateful to the NWSL and NWSLPA for their important efforts to understand the factors that led to abuse in women’s professional soccer and to identify meaningful steps to ensure player safety moving forward,” the governing body said.

“U.S. Soccer has closely communicated and cooperated with the NWSL and NWSLPA throughout their investigation. We share a common goal of ensuring a safe, healthy environment for players.”