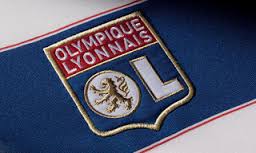 December 20 – US businessman John Textor and his Eagle Football group have completed the long running takeover of Olympique Lyonnais. on Monday.

The sale was first agreed in July with a completion date that was initially set for September but has been pushed back several times.

The deal valued OL Groupe’s equity and debt at roughly €800mn, rising to €884mn after a separate capital increase. Eagle plans to start a tender offer for the remaining shares and bonds it does not own. Jean-Michel Aulas, the club’s influential leader, will join Eagle Football as an independent director.

Eagle Football is acquiring a stake of 77.49% valuing the club at about €800 million. The acquisition comes alongside an agreement for a separate capital increase of €86 million. Eagle said it plans to start a tender offer for the remaining shares and bonds it does not own.

“After four months of constructive negotiations marked by a common understanding with (president) Jean-Michel Aulas and all our partners, we are proud to reach this exceptional agreement,” Textor said.

Aulas will remain on the OL board.

Olympique Lyon is the fourth club in Textor’s portfolio.  Textor acquired majority stakes in Botafogo for an estimated $60 million and RWD Molenbeek. Last year, Textor paid £87.5 million for an 18% stake in Crystal Palace.

When the deal was first announced Textor said: “Olympique Lyonnais will be the cornerstone of our project. I intend, with the support of Jean-Michel and his teams, to bring out the values ​​of development and self-improvement for which I have always been committed.”