December 21 – The USL Championship, the 24-team second professional tier in US soccer, has unveiled its competition structure for the 2023 season.

For the first time since the league moved to a two-conference format in 2015, every team will play each other in the regular season.

The season will be played March 11 to October 14, with a 34-game league programme with teams playing home and away in their conference, with the remaining 12 games of the season being played against teams from the opposing conference – six games at home and six away.

“The successful expansion of interconference play during the 2022 campaign showed the appetite both our clubs and their supporters have for a full, national schedule,” said USL President Jake Edwards.

“We are extremely happy to expand on that success, while also keeping the home-and-home series that make the great rivalries across the league.” 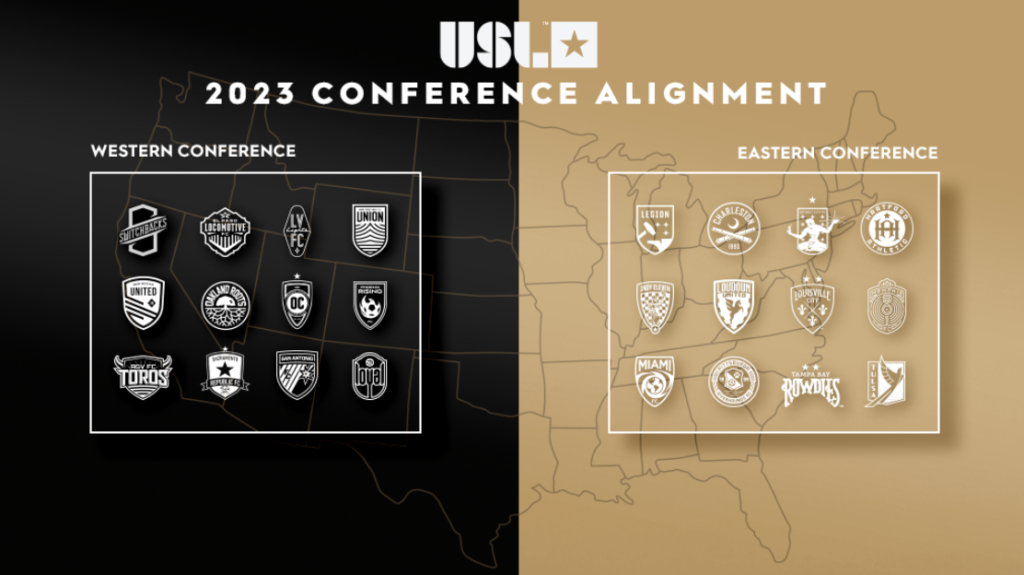