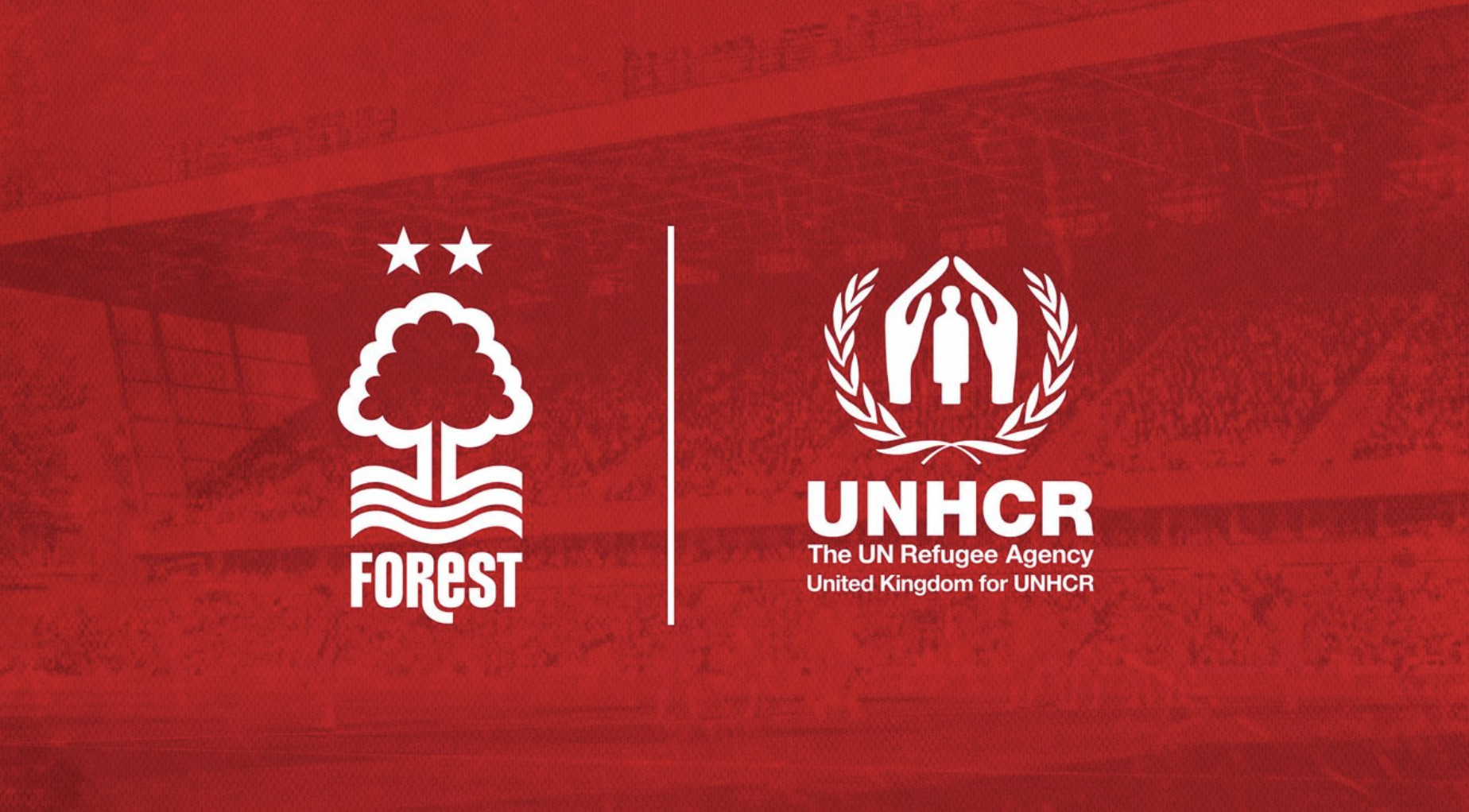 The charity supports relief efforts for people fleeing conflict and persecution around the world.

The club said it will “use all its available commercial and marketing channels to drive awareness of UNHCR’s humanitarian work, such as the delivery of emergency shelter, medical aid, water and sanitation when families are forced from their homes by conflict and persecution.”

Nottingham Forest’s owner, Evangelos Marinakis, said: “We are delighted that for the remainder of the season we will use the front of the famous Nottingham Forest shirt to tell such an important story. It will be an honour to display their name on our shirt in support of this important cause…

“I hope fans of Nottingham Forest will also be proud that we have chosen to highlight the work of UNHCR for the remainder of the season, in addition to the local causes our Community Trust supports. This comes at a time when the world faces enormous challenges in helping the most vulnerable people in society.” 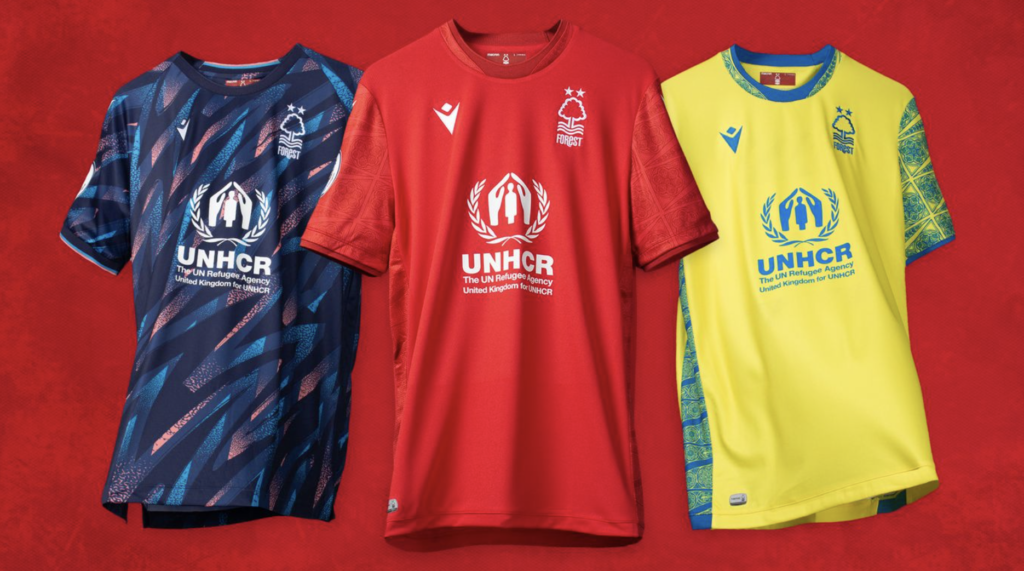 Marinakis has been a supporter of United Nations’ work before. In 2013 Olympiacos FC began a four-year programme of support for UNICEF that saw the charity’s logo on the front and then the back of the club shirt.

The UK for UNHCR agreement with Nottingham Forest will cover the men’s and women’s teams and stary with the January 1 Premier League home fixture against Chelsea.

Nottingham Forest chairman, Nicholas Randall, said: “With more than 100 million people currently displaced globally, almost half of them children, and such visibility on our shirt and channels will ensure this vital cause is seen by millions around the world every week.”