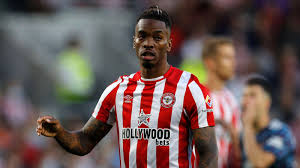 December 22 – Brentford striker Ivan Toney has been charged with a further 30 breaches of England’s betting on football regulations that prevents active professional players from wagering on football.

Toney had already been charged with breaking the FAs betting regulations 232 times between 25 February 2017 and 23 January 2022.

The added 30 breaches took place between 13 March 2017 and 18 February 2019 when he played for Scunthorpe United, Wigan Athletic and Peterborough United.

None of the charges against him took place while he has been playing for Brentford in the Premier League.

Toney now faces a potential ban from playing professionally, or a suspension and a fine.

England and Newcastle defender Kieron Trippier was given a 10-month suspension and a £70,000 fine last January for encouraging friends to bet on his transfer from Atletico Madrid.