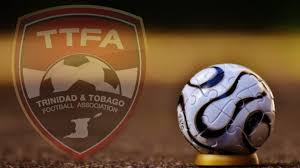 December 22 – It looks like the Trinidad and Tobago FA’s creditors will once again be the turkeys this Christmas. Having agreed to a proposed settlement via a court appointed trustee, the proposed payment this month has been shelved.

Creditors may struggle to get paid at all after an Extraordinary General Meeting (EGM) called by the TTFA membership – in a bid to ensure the removal of the Normalisation Committee – looks to have spooked the provider of the finance that was to be used to pay the creditors.

The TTFA membership wants to see the election of a new executive at a general meeting called for March 18, 2023. The issue is whether the Normalisation Committee will have fulfilled its mandate by that point, and if it hasn’t, whether a new elected executive would complete the task.

A release from Maria Daniel, Trustee in the Proposal of TTFA, appointed on November 8, 2021, said: “While it would have been my greatest joy to commence payments to all approved Creditors before Christmas day, the recent developments raised at an emergency AGM held in early December (called by some of the members), has raised some concerns by the financier as it relates to the non-financial requirements and terms and conditions of the financing.”

The $3.5 million funding to settle the creditors was being provided by an unnamed source, though it is widely believed that FIFA is the ultimate source of the money that will be distributed by what Daniel calls a “financial instrument”.

Creditors owed up to TT$200,000 will be paid in full with balances above that pro-rated. Former national team coach Terry Fenwick and TTFA marketing officer Peter Miller are challenging the proposal offer, but former Concacaf president Jack Warner has dropped his challenge.

However the offer comes with a series of conditions that Daniel outlines in her statement.

“In addition to the settlement of the TTFA’s outstanding debt, the proposal requires that the TTFA’s governance be restructured and oversight strengthened so that the mismanagement that has happened in the past, would not recur. For reference, I draw your attention to section 1.7 of the Proposal: (a) The TTFA will implement the following to assist with managing general and administrative costs: ie. Establishing and implementing new procurement procedures for engaging suppliers. ii. Proper governance in the management and contracting of new coaches in line with the grants provided by FIFA, CONCACAF, government organisations, and other private institutions. iii. Ensure financial integrity is restored with funds received for the development of the game; or for specific events being used as it should, to give suppliers, staff and coaches the confidence that services that are properly procured will be paid on a timely basis. iv. Establishment of sound transparency practices to give sponsors and other donors the confidence that money donated is spent for its intended purpose supported by cost-effective processes that enable funds to be invested in the development of the sport and its sportsmen and women.”

Essentially Daniel is telling the membership who called the EGM that the financier (presumably FIFA) is not confident that the conditions will be met before the meeting and even less confident that a new executive would fulfil them.

“Please note, the above section of the Proposal is not to be taken lightly, as it was agreed with the Financier prior to confirmation of the financing arrangement,” said Daniel.

“This is also aligned with the mandate given to FIFA appointed Normalisation Committee as a condition for FIFA’s continued involvement in T&T football. To reiterate, the mistakes of the past administrations cannot be repeated. If the time is not given to the Normalisation Committee and the current management team to implement the steps outlined above, the success of this restructuring effort will be at risk.”

When the deal to pay creditors struck on September 28, 2022, there is a six-month deadline to complete, after which the proposal shall be deemed to have failed, and presumably any offer withdrawn. The race is on to complete by March 28 – but the general meeting called for March 18 creates an uncertainty, and nervousness.

Clearly trust in the TTF membership to do the right thing is thin.

“I will continue my close collaboration with the Normalisation Committee and with the Financier to drive the needed changes that will give the Financier the comfort that they need to release the funds so that the payment can occur as soon as possible before the March deadline,” said Daniel.