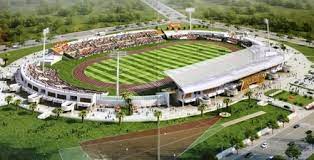 January 4 – Africa’s Cape Verde has become the first FIFA member nation to heed president Gianni Infantino’s call to rename a stadium in every country in the world after Pele.

Cape Verde’s Prime Minister Dr Ulisses Correira e Silva announced that his country would rename its national stadium in Praia. Silva said the decision was taken due to the country’s historical ties with Brazil.

“Cape Verde and Brazil have a history and culture that go hand in hand, considering they are two sister countries, linked by language and very similar identitiess” said a statement.

“Pelé was and always will be a reference in Brazil, in our Portuguese-speaking countries and in the rest of the world, being an idol that links several generations.”

“As a tribute and recognition to this figure that makes us all great, I manifest the intention of naming our national stadium as “Pelé Stadium”, in an initiative that, I believe, will be followed by several countries around the world.”

While Infantino came under criticism for having selfies taken besides Pele’s coffin, back at headquarters in Zurich FIFA has renamed the football pitch on site as ‘Estadio Pele – FIFA Zurich’.