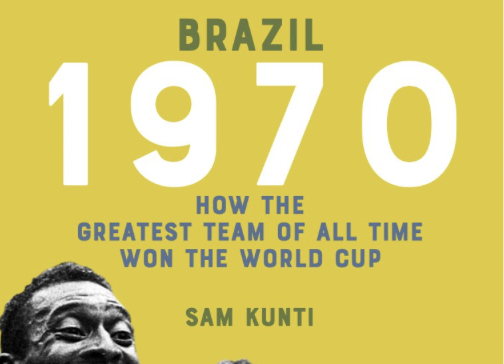 January 6 – Brazil 1970 and Pele will forever remain the standard bearers of the beautiful game. In the book ‘Brazil 1970 – How the Greatest Team of All Time Won the World Cup’, author Sam Kunti chronicles the story of Brazil’s landmark victory.

From the pristine beaches of Caraguatatuba, where he spoke to Felix’s daughter, to Baldocchi’s quiet house in Batatais, Kunti crisscrossed Brazil between 2013 and 2022 and interviewed 18 members of the 1970 squad, including the late captain Carlos Alberto Torres, Clodoaldo, Gerson, Rivellino, Jairzinho and Tostao, as well as coach Mario Zagallo and backroom staff member Carlos Alberto Parreira. The author draws on rich material to recount in forensic detail how Brazil, after their decline at the 1966 World Cup, built the greatest team in the history of the game.

In the popular imagination, the Seleçao of 1970 are mythical yet their backstory remained largely untold. This book offers the reader a front-row seat to all the drama from the prologue onwards – a verbatim account by the Brazilian players of the opening minutes of England vs Brazil and the save of the century.

The World Cup classic England vs Brazil receives ample attention, but Kunti keeps that match in a wider context. He details the socio-political conditions of the era by drawing elaborate profiles of Joao Saldanha, Dada Maravilha and Zagallo – the communist, the non-political player and the man of the establishment. The book offers a broader understanding of the lead-up to the tournament.

The myth of Brazil fielding an XI picked off the beach is dispelled in the book. By 1970, the technocrats had invaded football just as they had invaded Brazilian society in the 1960s. The military dictatorship had left the country with a very different administration. They measured things, a clipboard in hand. 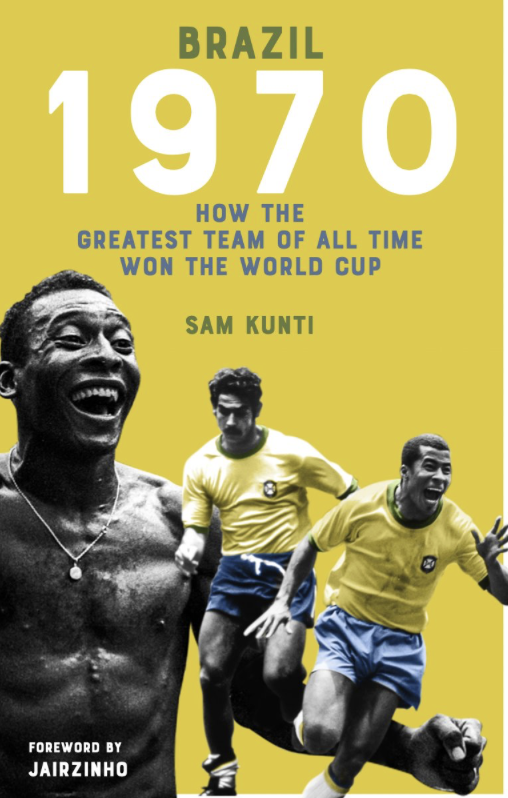 In football, the national team was no longer of Zizinho, but a side in the image of Parreira and Claudio Coutinho. The 1970 World Cup victory was a profoundly technocratic and scientific feat. The author also argues that Brazil’s unparalleled victory was also the beginning of the end of the beautiful game.

One of the concluding chapters is dedicated to Pele’s legacy. At the 1970 World Cup, he cemented his place in the gallery of the greats as well as Brazil’s status as the futebol nation. With the arrival of colour TV, Pele and the barnstorming Brazilians were essential in turning the World Cup into a global broadcast spectacle.

Although the outcome of the 1970 World Cup is common knowledge, Kunti succeeds in building enough momentum to draw in the reader. The numerous quotes and interventions of the Brazilian grandees add warmth, lightheartedness and humor to the book.

The book is ultimately an homage to all the players of 1970. They belong to a different era but proved that football can stir the soul. Just like the moon landing in 1969, Brazil’s triumph seemed a victory for mankind. As Carlos Alberto Torres said: “Our team played the ‘beautiful game’.”

Samindra Kunti is a writer for Insideworldfootball. His book Brazil 1970 – How the Greatest Team of All Time Won the World Cup” (Pitch Publishing) is out now and can be ordered here.