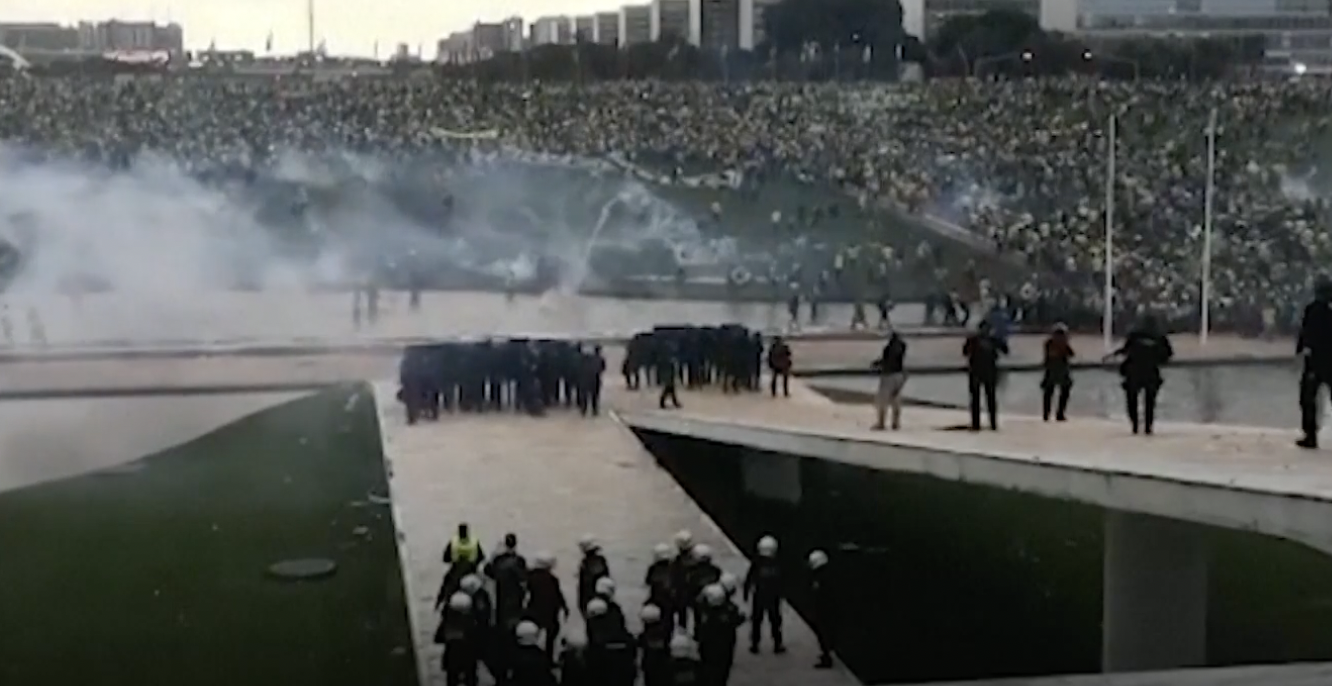 January 10 – The Brazilian Football Confederation (CBF) has condemned the far-right supporters of Jair Bolsonaro, who stormed the capital in their thousands and rocked Brazil’s democracy on Sunday, for wearing the iconic yellow shirt of the national team.

In a statement, the CBF wrote: “The Brazilian national team shirt is a symbol of the joy of our people. It’s to cheer, energize and love the country. The CBF is a non-partisan and democratic entity. We encourage that the shirt be used to unite and not divide Brazilians. The organisation vehemently repudiates that our shirt is used in anti-democratic acts and vandalism.”

On Sunday, hardcore supporters of Bolsonaro, who has left the country for the United States and refused to attend the inauguration of his successor Luiz Inacio ‘Lula’ da Silva, stormed the Brazilian Congress, Supreme Court and presidential palace, leaving a trail of destruction and shaking a nation that had just come out of its most polarized and contested elections in history.

Lula won the vote, but some Bolsonaro supporters have refused to accept the result and rioted on Sunday in the heart of the nation, re-enacting the January 6, 2021 insurrection in the United States when pro-Trump supporters marched to the US Capitol in a desperate bid to have lawmakers reverse Joe Biden’s 2020 presidential election victory.

During his four-year reign, Bolsonaro and his base appropriated the Brazil national team shirt as a symbol of their patriotism. In 2019, Brazil won the Copa America on home soil and Bolsonaro used the opportunity for cheap PR. Two years later, he also welcomed the staging of the Copa America in Brazil again during the middle of the Covid-19 pandemic, leading to unease among the country’s national team players and backroom staff.

The CBF – previously the CBD – has traditionally been aligned with the center of power and the federal government, even during the military dictatorship, and it was no different during the reign of Bolsonaro. Rogerio Caboclo had no qualms about Bolsonaro and his anti-democratic movement, but Caboclo himself exited the CBF in disgrace after allegation of sexual harassment.