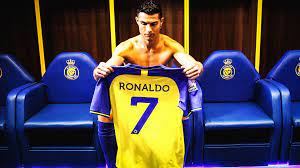 January 10 – Cristiano Ronaldo’s first game in Saudi Arabia looks set to be against Paris Saint-Germain and a possible reunion with his career-long rival Lionel Messi.

PSG have announced they will play a January 19 friendly in Riyadh against a composite team of players from Ronaldo’s new club Al Nassr and Al Hilal, the current Asian Champions League title holder.

He is yet to play for his new club because of a two-match domestic suspension imposed by the English Football Association over a disciplinary matter while he was at United.  He is likely to make his league debut against Ettifaq on January 22.

PSG, who have Qatari owners, will also be visiting Doha to train, meet fans and participate in a number of commercial and public activities.

That means Messi will also be returning to the city where he won the World Cup with Argentina last month.