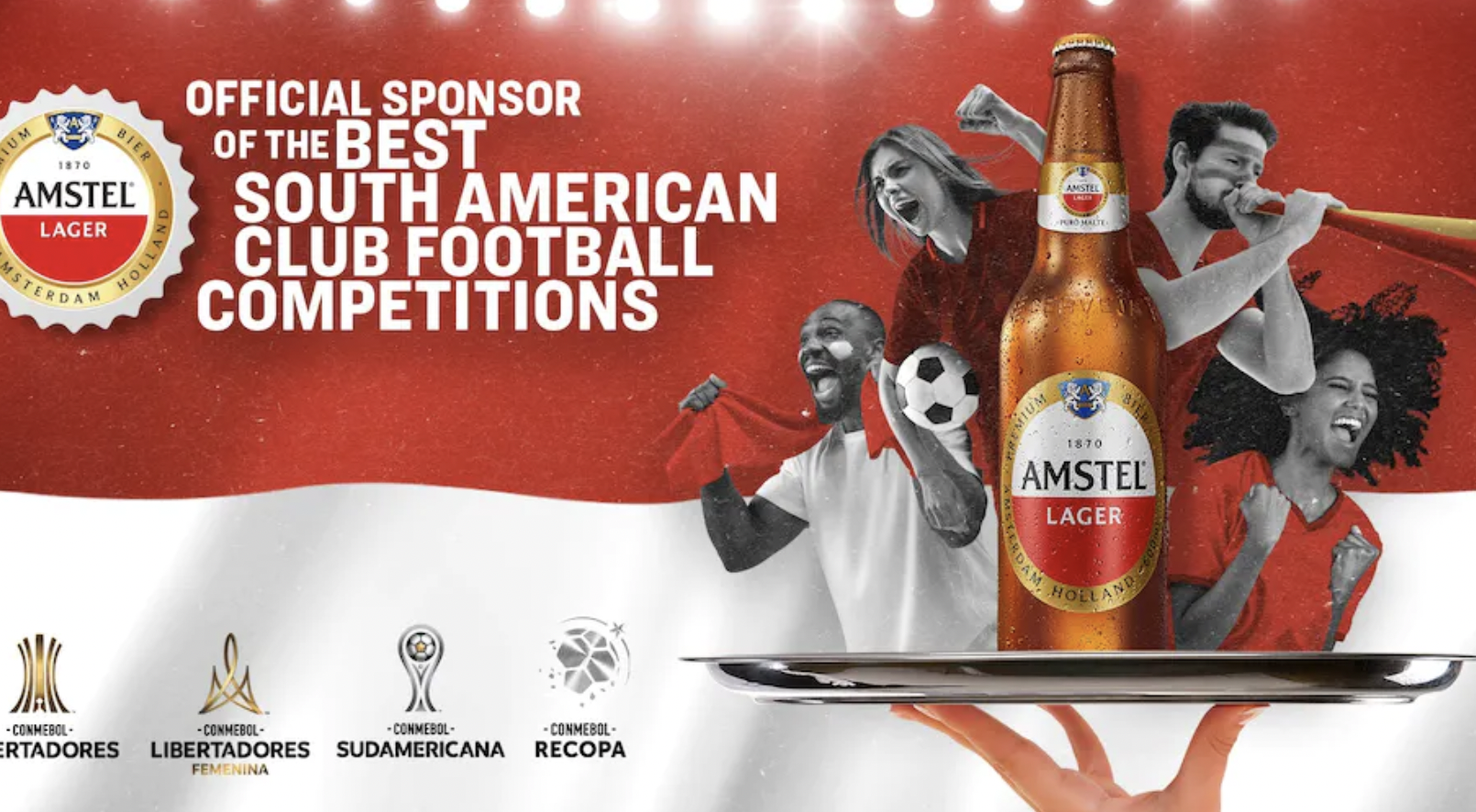 January 12 – Dutch beer-brand Amstel have extended their official beer partnership with Conmebol, sponsoring the Copa Libertadores until 2026 as well as adding the women’s version of the competition.

The Heineken-owned brand will attach its name to the region’s premier club competition on both the men’s and women’s side during the new 2023-2026 cycle. They first became a sponsor of the Copa Libertadores in 2017 and Amstel said that the new deal includes includes “unique in-stadium visibility and exclusive experiences, broadcast sponsorship, branded content, and ticket giveaways.”

Amstel’s global marketing director Jules Macken said: “Football is for everyone, whether you’re a player or a fan, regardless of age or gender. Amstel is a brand that celebrates inclusivity and welcomeness in everything we do and we are delighted to extend this principle of support and inclusivity in our football partnerships.

“The extension of our sponsorship to run to 2026 and the important inclusion of Conmebol Libertadores Femenina is another step for us in championing equality in sport. We look forward to continuing to strengthen our relationship with Conmebol and working together to build even more diversity within the sport that South America loves.”

The terms of the new deal were not released.

Conmebol president Alejandro Domínguez said: “For Conmebol, football is always football, whether it’s men or women who play it. We are firmly committed to moving towards greater equity in South American football, supporting women’s tournaments, ranking their competitions, and reaching alliances with companies that have this same vision.

“This is the case of Amstel, a renowned firm with global reach, with which we are pleased to expand our agreement.”

With a new cycle beginning, Conmebol earlier this week increased the prize money across its club competitions, adding $300 million to the pot.