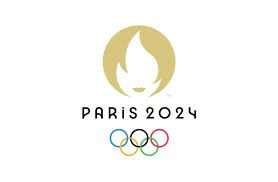 January 12 – The AFC has held the draw for the 26-team first round of Asian qualifiers for the Women’s 2024 Olympic tournament.

The draw involved two nations who qualified for the Women’s World Cup later this year – Vietnam and the Philippines, as well as Chinese Taipei and Thailand who could still qualify for 2023 via the play-offs next month.

Those teams were all seeded apart from each other in the draw for the five groups of four and two groups of three, which will be played in a one-round league format in a centralised venue from April 3 – 11.

Favourites for qualification to the next round, Vietnam were drawn in Group C with, Nepal, Palestine and Afghanistan, while the Philippines were drawn with Hong Kong, Tajikistan and Pakistan in Group E.

Chinese Taipei and Thailand will be entering the qualifiers having had the experience of the 2023 World Cup play-offs in New Zealand in February. Thailand are drawn in Group D with Mongolia, Singapore and Sri Lanka. Chinese Taipei are in three-team Group F with Indonesia and Lebanon.

The host venues for the groups are to be announced.

The draw saw Uzbekistan, Jordan, Timor-Leste and Bhutan drawn in Group A while Myanmar, Islamic Republic of Iran, Bangladesh and Maldives will battle in Group B.

The group winners will progress to the second round where they will join the AFC’s five highest seeded teams – DPR Korea, Japan, Australia, China PR, and Korea Republic.

The second round of qualifiers will be played in three groups of four, also at a centralised venue.

The three group winners and the best-ranked runners-up from round 2 will go forward to Round 3 where they play two pairs of home and away matches with the two eventual winners qualifying for Paris 2024.