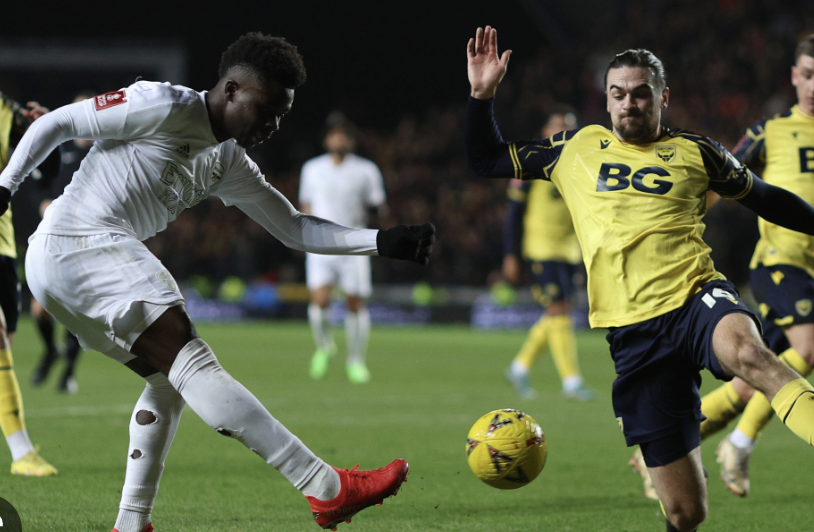 January 12 – England’s football association is to investigate reports of spot-fixing surrounding the booking of Oxford United defender Ciaron Brown (pictured right) during the League One side’s 3-0 defeat by Arsenal in the FA Cup on Monday.

Suspicious betting patterns regarding Brown’s 59th-minute booking for a foul on Bukayo Saka when the game was still goalless have been brought to the FA’s attention.

The Mail reported that “the FA have a dossier of evidence regarding supposed corruption, including alleged phone messages before kick-off at the Kassam Stadium which claim that Brown would be booked in a betting scam that allegedly cost one bookmaker more than £1,600.”

In a statement on Wednesday, Brown’s club said: “Oxford United can confirm that they have been made aware of a specific allegation of irregular betting around our Emirates FA Cup game against Arsenal on Monday evening.

“The club will co-operate fully with any investigation and while this is ongoing, we are unable to make any further comment.”