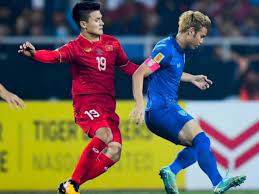 January 16 – Thailand and Vietnam will decide who is crowned the new Asean champion tonight with the second leg of the final marking the last match of long-standing coach Park Hang-seo reign of the Golden Stars.

The South Korean will lead the Vietnamese out one final time when his team seek to win the regional tournament for a third time, but it won’t be easy to sign off in style after the Thai held Vietnam to a 2-2 draw in the first leg in Hanoi.

“From the beginning of my contract till now, my players and I have always tried our best in each competition and each match,” said Park during the competition. “There is no change even though I am stepping down after the tournament. We focus on the next match and not think about what is the last match (for me).”

An assistant to Guus Hiddink during the 2002 World Cup on home soil, Park has been in charge of Vietnam for the past five years and overseen an uptick in the fortunes of the country.

He led them to an Asean crown and the last eight of the 2019 Asian Cup as well as the final round of World Cup qualifying in Asia, a first for Vietnam. In 2026, 48 teams will participate in the global competition and Vietnam are eying a maiden participation.

First, they will have to overcome Thailand, the most successful country in the history of the AFF Cup, but the Vietnamese can draw strength from their 2008 3-2 aggregate victory over them to claim the competition for the first time. FIFA president Gianni Infantino will be in the stands at the final.