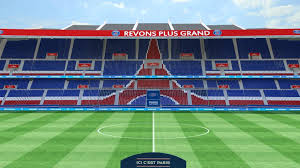 January 17 – Qatari-owned Paris Saint-Germain are playing hard ball over their Parc des Princes ground, threatening to leave the venue that has been their home for 50 years after city officials refused to sell them the club.

PSG reportedly made an offer last year to buy the stadium which it says needs €500 million of refurbishment to make it a modern, income generating stadium.

The club said that the acquisition of the ground was pre-requisite before carrying out any modernisation or expansion works.

Paris Mayor Anne Hidalgo said the stadium “is not for sale” and “will not be sold”.

A PSG spokesperson said they were “disappointed and surprised”.

“The mayor is forcing PSG to leave its home,” the spokesperson said. “Everyone loses in the position taken by the mayor. PSG is now forced to find alternative options to relocate the club. This is not the outcome the club, nor its supporters, were hoping for.”

“It is regrettable the Mayor is now suddenly foreclosing – definitively – the sale discussions we’ve been having for a long time, with the club now sadly forced to advance alternative options for our home, which is not the outcome the club or our fans were hoping for,” the spokesperson said.

The sales discussion faltered over the price with PSG reportedly offering only €40 million for the ground.

In 2013 PSG extended their lease on the 48,000 capacity ground with Paris City Council to 2043, after which they completed a €75 million upgrade of the stadium over three years.