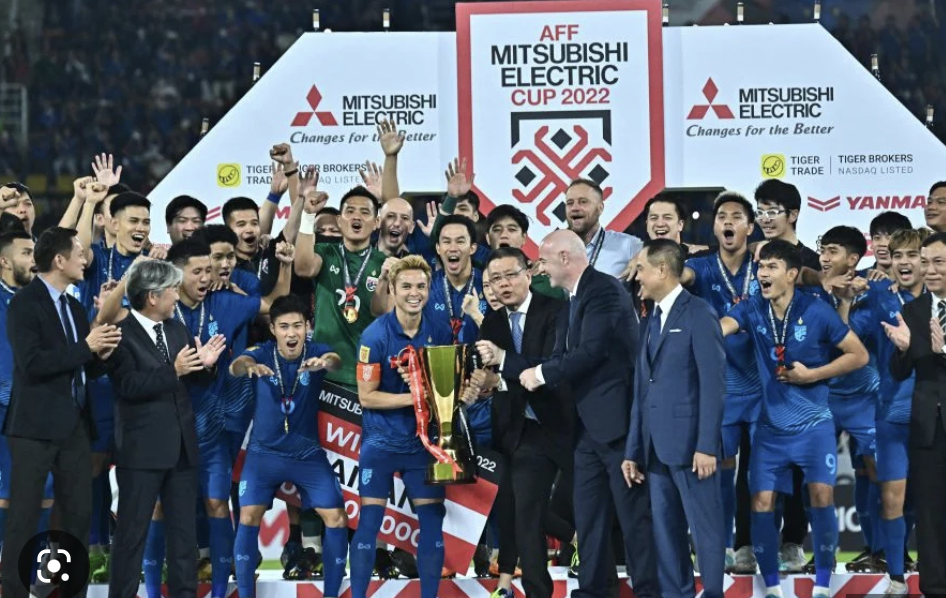 January 17 – Thailand have retained the AFF Cup with a 1-0 victory over Vietnam following a first-half strike from captain Theerathorn Bunmathan.

That single goal was enough to see off the Vietnamese who disappointed. The hosts had taken a first-leg 2-2 draw from Hanoi home and dominated play with a strong performance in midfield.

With the 3-2 aggregate win Thailand claimed a record seventh AFF crown, cementing their status as a regional powerhouse. Singapore have won the competition four times.

“All credit to the players – they did a fantastic job,” said Thailand coach Mano Polking.

The match also brought to a close the reign of Park Seo at the helm of the Vietnamese team. After five years, he is stepping down as national team coach but under the leadership of the South Korean the Vietnamese team grew, won the AFF Cup, reached the last eight of the Asian Cup and the last round of World Cup qualifying in Asia.

The Vietnamese have become heavyweights and like Thailand they will be dreaming of making the 2026 World Cup which will be staged for the first time in an expanded 48-team format, the brainchild of FIFA president Gianni Infantino who was in attendance in Thailand.