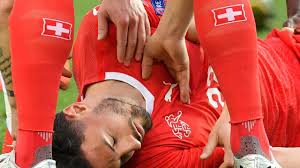 January 19 – Football’s world players union and worldwide leagues have jointly denounced a decision by the game’s lawmakers to reject the idea of temporary concussion substitutes next season.

The International Football Association Board met at Wembley on Wednesday to discuss the possibility of a trial after a request from FIFPRO and the World Leagues Forum to test the protocol in the Premier League, Ligue 1 and Major League Soccer.

However no agreement could be reached.

In a joint statement the two bodies said they were “greatly disappointed” by the decision and that they would “consider our options moving forward.”

English FA chief executive Mark Bullingham, who supported temporary concussion subs and who chaired the meeting, told reporters: “There were very strong and very different views in the room, and we didn’t reach a consensus. We agreed that it would remain under active review.”

Bullingham admitted that the concussion debate was the “longest conversation” in a meeting which overran by about 90 minutes.

“It’s been pushed further away,” he added. “I tabled it a year ago, I tabled it again today. There are different points of view and they all have merit.”

Instead, the permanent concussion substitute trial will continue indefinitely.

The news will be a major blow to brain injury campaigners who believe the temporary concussion substitute approach would give the best protection to players.

Dr Adam White, the Professional Footballers’ Association’s head of brain health in England, was dismayed at the decision.

“It’s extremely disappointing that IFAB’s members have yet again passed on the opportunity to introduce what we believe would be a valuable tool to better protect player welfare,” he said. “Leagues and player unions are aligned on this and asked IFAB for permission to introduce temporary concussion substitutes from next season.

“There is a fundamental issue if player unions and leagues feel football’s lawmakers are holding them back from doing what they collectively agree is best to protect the safety of players.

“The next step will be for unions and leagues to discuss what this means and what options are available to them. We believe the introduction of temporary concussion substitutes is now increasingly seen as a common-sense measure to better protect players.

“Many will rightly ask “if not now, when?”

Brain injury charity Headway called it a “bitterly disappointing decision” which would “further damage football’s credibility when it comes to brain injury”.