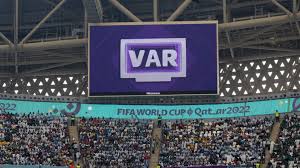 January 19 – Referees at international tournaments over the next 12 months will explain the reason for VAR decisions to stadium crowds and television audiences in order to counter the growing discontent worldwide about game-changing inconsistencies.

FIFA has invested heavily in VAR technology since it was introduced at the 2018 World Cup in Russia but doubts about its efficacity are as strong as ever.

The new move is aimed at improving clarity for supporters and will mark the first time that referees will be heard over a microphone in international football.

It is possible the experiment could be extended to the Men’s under-20 World Cup and the Women’s World Cup later this year.

Only the final VAR decision will be broadcast by the match official to the crowd, not the actual conversation between the referee and VAR official.

“There will be a trial where in FIFA tournaments over the next 12 months there is the ability for the referee, after a VAR decision has been made, to announce to the stadium and the broadcast audience what has happened and to clarify that decision. We think that is important in terms of transparency, and also for the crowd in the stadium who we think at the moment do not get enough information.”