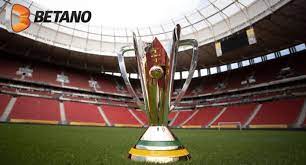 The Copa do Brasil is the Brazilian domestic cup competition played by 92 teams, representing all 26 Brazilian states plus the Federal District. Betano has the naming rights until 2025.

Betano has acquired a number of key sponsorship rights in the Brazilian football market including sponsorships of Fluminense and Atlético. Earlier this month Betano also signed with the Paulista Football Federation to sponsor the 2023 Paulista Championship.

The Supercopa sponsorship gives Betano branding rights across the stadium including the stadium’s wrapping, logos on the reserve benches and LED panels the full length of the field, central panel as well as 3D carpets on the pitch pre-game and at half-time.

No value was given for the new sponsorship.