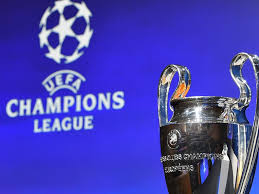 January 20 – The UEFA Champions League restarts February 14 with the last 16 knockout phase throwing up some throwing up some blockbuster ties. With the final field narrowed down, the online sports betting options are opening up.

Paris Saint-Germain face one of the best teams from the Group stage level, Bayern Munich, for their UCL round of 16..

Bayern Munich dominated their group like none of the other group leaders, winning all six matches of their group games beating Internazionale, Barcelona, and Victoria Plzen.

Paris Saint-Germain, on the other hand, finished Group H as the second-best team behind Benfica, while Juventus and Maccabi Haifa were below them. They won all their games, excluding the two times they met with Benfica.

PSG will be looking to turn the tables on Bayern who have won their last three meetings in the UCL.

Liverpool vs. Real Madrid is a re-run of the 2021/2022 UEFA Champions League final from last May which Real Madrid won. Liverpool also lost to Real Madrid in the 2018 final.

Liverpool finished with 15 points in Group A and as the second-best team behind Napoli. In contrast, Real Madrid finished with 13 points and topped Group F standings, winning four out of their six matches, losing one, and drawing one. Neither team are in outstanding form but both see the Champions League as key to their seasons.

Chelsea finished as the best team in their Group E winning four out of the six matches, losing one, and drawing one, taking 13 out of a possible points, and finishing above AC Milan by one point. Their domestic form since the season restart has not been as consistent.

Club Brugge and Benfica provide an intriguing match-up between two teams unaccustomed to last 15 UCL appearances but who last season dominated their domestic leagues. Club Brugge finished Benfica’s Portuguese rivals Porto in Group B, winningthree out of the six, losing one, and drawing two.

Benfica were a surprise package in the group stages, finishing ahead of PSG.  They won all group-stage games except for the two rounds against PSG.

Tottenham Hotspur finished Group D standings as the top team with 11 points. They won three out of the six matches, lost one, and drew two, bit have struggled to find Premier league consistency with the season’s resumption.

AC Milan finished behind Chelsea in the groups with 10 points. They won three, lost two, and drew one. Spurs won the last time they met.

Inter Milan and FC Porto are scheduled to play their first leg on February 22. Inter Milan finished 10 points behind Bayern Munich in Group C Standings, winning three matches, losing two, and drawing one. On the other hand, FC Porto finished with 12 points in the Group stage rounds, topping Group B.