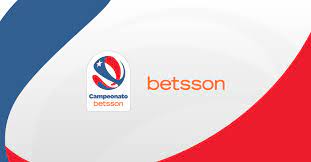 January 23 – The Chilean First Division kicked off its new season this weekend with online bookmaker Betsson as the league’s title sponsor.

The Campeonato Nacional has been rebranded as the Campeonato Betsson, following the agreement with the National Association of Professional Football (ANFP).

Bettson is moving quickly across the South American market, have agreed last week a four-year extension of its partnership with the Peruvian Football Federation. Betsson also holds the naming rights to Peru’s top flight league in a deal that began in 2020.

The bookmaker is no stranger to Chilean football having struck a deal with ANFP for the sponsorship of the Ascenso Betsson tournament in 2022. Bettson has also been a sponsor of Conmebol’s men’s and women’s Copa America in 2021 and 2022.

Ronni Hartvig, Chief Commercial Officer of the Betsson Group, commented: “Through this latest collaboration, we are steadfastly reinforcing our commitment to support the development of football in Chile.

“It is evident that the advantages of this partnership are mutual, as these alliances allow the tournament to advance and flourish, while also enabling our brand to strengthen its preeminent position within the region.”