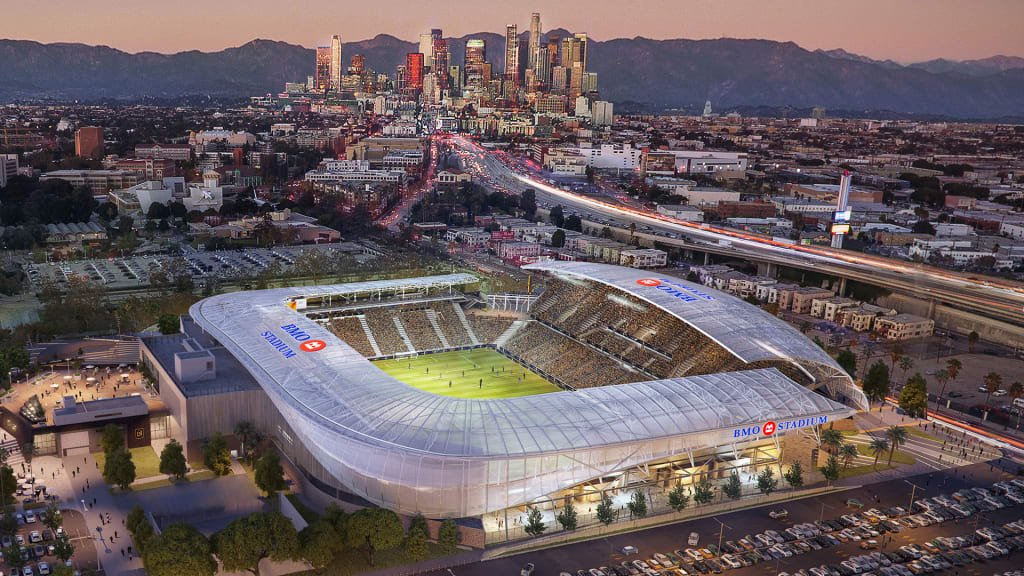 January 22 – LAFC’s Banc of California stadium in Los Angeles is changing its name following a $100 million deal with the Bank of Montreal (BMO). It is the largest stadium naming rights deal in MLS.

The 10-year deal will see the stadium, which is also home to NWSL side Angle City FC, renamed the BMO Stadium with immediate effect.

One of the first events at the renamed stadium will be hosting the US men’s teams debut there in a friendly against Serbia on January 25.

“BMO is thrilled to forge this partnership with LAFC, which reinforces our bank’s commitment to growing the game of soccer across North America,” said Cameron Fowler, chief strategy and operations Officer, BMO, in a prepared statement. “Through BMO Stadium, we will share our passion for soccer and commitment to the Los Angeles community while bringing to life our purpose, to boldly grow the good in business and life. We look forward to supporting LAFC and its fans this season and beyond.”

BMO have a strong footprint in the MLS having last year renewed a 10-year deal with Toronto in 2022, including the club’s main shirt sponsorship. BMO has further sponsorships with CF Montreal and the Vancouver Whitecaps and has invested more than $18.5 million aimed at developing youth soccer in Canada since 2005.

The 22,000 capacity Banc of California Stadium opened in 2018 on the former site of the Los Angeles Memorial Sports Arena. In 2020, LAFC and the Banc of California announced the restructuring of a 15-year, $100 million agreement that led to the change of name

The stadium is one of the most modern in the US with a very ‘millenial’ feel to the design and hosting. It has held Gold Cup games (2019) and is the home of the MLS champions LAFC. Angel City, who made their debut there last season, average 19,000 per home game, the highest in the NWSL.