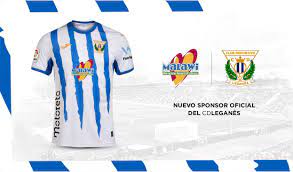 The logo ‘Malawi, The Warm Heart of Africa’ was displayed for the first time on the shirt of the Madrid-based club on Sunday in their second-division clash with Levante. Tourism Malawi and their brand will feature on a rotating basis on the first-team shirt, while having a package of other marketing assets as well.

Club owner Blue Crow was the club’s main sponsor before Rainbow, a company linked to Blue Crow, joined the roster.

In a statement, Leganes chairman Jeff Luhnow said that “in Malawi, as in almost all of Africa, there is great football potential, and with this agreement we go one step further. We want to take advantage of this opportunity to be able to reach a large part of the country’s young population and be able to start developing different actions.”

Last September Luhnow met with Lazarus Chakwera, Malawi’s president, to discuss the partnership. The terms of the deal were not disclosed, but in a statement the Malawians seemed to suggest it had come at no cost at all.

Malawi’s secretary of culture, tourism and sports Chauncy Simwaka said that the “gracious offer for the brand comes at no cost to the Ministry and that Malawi as a country is proud to be associated with CD Leganes and we believe that this exposure will not only be able to reach Spanish consumers and the team’s fan base but also football fans depicting Malawi as a tourism destination.”