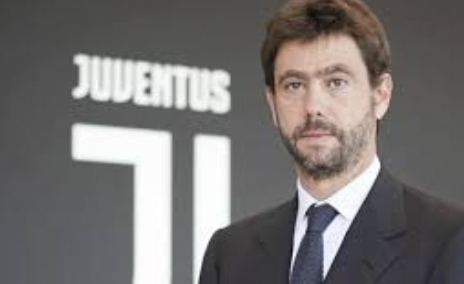 January 23 – Italy’s most storied soccer club, Juventus, are reeling from a massive 15-point penalty for false accounting whilst their former president Andrea Agnelli is banned for two years.

Agnelli, one of the principle architects of the doomed European Super League project, and the rest of the Juventus board dramatically resigned en masse in November amid an investigation into the club’s transfers and alleged false book keeping. Now many of them, as well as the club itself, have been plunged into disgrace.

Juve were cleared by an Italian FA (FIGC) tribunal last year but prosecutors had the case reopened on the basis of evidence from a separate criminal investigation carried out in Turin.

Italian media widely report that documents from that criminal probe convinced the tribunal that there was systematic use of transfers to massage the club’s accounts.

The 15-point penalty – even tougher than the nine-point deduction prosecutors had requested – comes 17 years after the infamous refereeing scandal that saw Juve demoted to Serie B and stripped of two Serie A titles.

The latest punishment could well end the 36-time Italian champion’s chances of playing in Europe next season as it slips from third in Serie A to a mid-table ninth – 27 points behind leader Napoli and 14 points off the Champions League places.

Juventus say it will appeal the decision to Italy’s highest sports court. “We consider this to be a blatant injustice also for millions of fans, which we trust will soon be remedied in the next court,” lawyers for the club said in a statement.

As for Agnelli, who not so long ago was one of the most powerful figures in the game as head of the European Clubs Association, he was barred from all football activities as was former CEO Maurizio Arrivabene.

Further bans were handed out to nine other members of Juve’s staff or former board, the longest of two and half years to former Juve sporting director Fabio Paratici who now works as managing director at Tottenham Hotspur.

The bans prohibit all of them from engaging in football activities in Italy “with the request that the ban be extended to UEFA and FIFA activities.”

Fines were requested for eight other clubs: Sampdoria, Pro Vercelli, Genoa, Parma, Pisa, Empoli, Pescara and Novara. But all eight were cleared.

Juventus have already been eliminated from this season’s Champions League and could face further penalties from UEFA, which opened an inquiry into the club’s finances after the Turin prosecutor’s office requested indictments for Agnelli and 10 other former board members as well as the club itself.

UEFA are apparently investigating whether Juventus misled them in order to resolve breaches of Financial Fair Play rules with a “settlement agreement” in August last year.

At the start of the pandemic, Juventus said 23 players agreed to reduce their salary for four months to help the club through the crisis. But prosecutors claim the players gave up only one month’s salary.

In September, Juventus reported a record loss of €254.3 million for the 2021-22 financial year, its fifth consecutive loss.