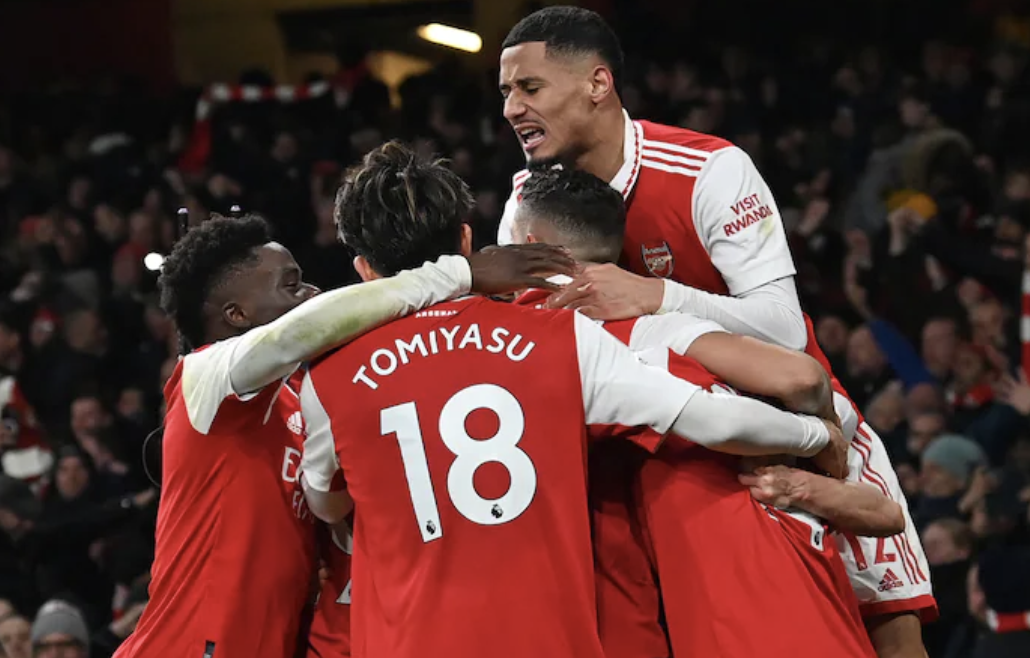 January 23 – With a sensational, last-gasp 3-2 victory over Manchester United, league leaders Arsenal backed up their title credentials, completing the first half of the Premier League season by reaching 50 points.

Currently the London-based club is on course to break the 100-point mark by the end of the season, but it was the manner of victory against rivals Manchester United, rejuvenated by their Dutch coach Erik Ten Hag, that impressed the most. Arsenal demonstrated great resilience, determination and some outstanding attacking play to respond to Marcus Rashford’s early goal and keep a crucial three points at home.

“Emotional, a lot of passion, a lot of quality,” said Arsenal manager Mikel Arteta. “It doesn’t get much better than that. After the derby (against Tottenham), to come against this team and play the way we played. The second half especially, the performance was incredible.”

In the final ten minutes of the match, Arsenal pressed in search of a winner and got their reward with Eddie Nketiah’s second goal. Buyako Saka was also on the score sheet as the two Arsenal youth products propelled the club to their best-ever season half.

“We were composed and determined at the same time,” said Arteta. “We managed the moments in the game. We never panicked. We always believed that we could win it.”

Some of Arsenal’s free-flowing football was reminiscent of the heydays under Arsene Wenger, but Arteta downplayed his side’s chances of winning the league, even if Arsenal are five points clear at the top with a game in hand. Arsenal last won the Premier League title in 2004 when they went unbeaten the entire season.

“I have no clue (if we are favourites),” said the Arsenal manager. “The margins are very small in this league. We deserve to be where we are because of how we’re playing. But there are a lot of things that we can do much better.”