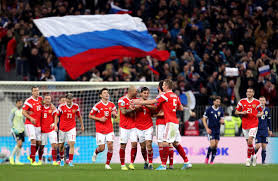 January 22 – Russian football officials are due to meet UEFA this week to discuss the potential easing of the ban on Russian clubs and teams playing in European competition, according to the country’s Tass news agency.

Last month the Russian Football Union (RFU) decided not to quit UEFA, shelving a plan to try instead to join the Asian Football Confederation (AFC)

Instead, says Tass, their representatives will meet tomorrow to discuss the issue of Russian clubs and national teams possibly returning to international tournaments.

“On January 24, at UEFA’s office, a meeting is planned between the representatives of the RFU and UEFA where the potential possibilities of the return of Russian clubs and national teams to international tournaments will be discussed,” a source was quoted as saying.

So far, there has been no confirmation from UEFA which seems unlikely to lift the ban it imposed with FIFA while the war in Ukraine continues to rage on.

As things stand now Russia is banned from Euro 2024 qualifiers that get under way in March.