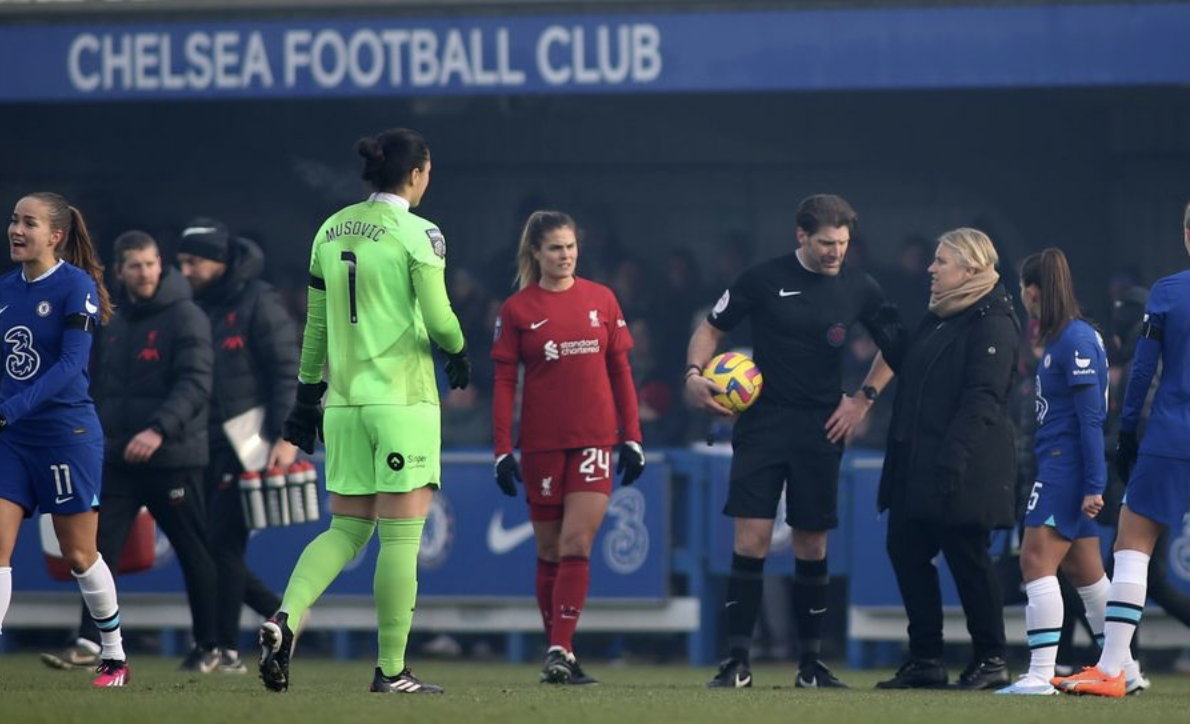 January 23 – Chelsea women’s team manager Emma Hayes says the women’s game must be “taken more seriously” after her side’s WSL match against Liverpool on Sunday was abandoned due to a frozen pitch – six minutes after kickoff.

The game had started on schedule following a pitch inspection but was soon called off after Chelsea midfielder Erin Cuthbert took a heavy fall.

“We have to say that it’s time for undersoil heating,” Hayes told the BBC. “We have got to take our game seriously. You could see from the opening minutes that it was like an ice rink down the sides.”

“We’ve made progress with investment into the quality of grasses and surfaces across the league. No game at the top level of the women’s game should be cancelled.”

“They should have cancelled it before.” said Powell. “The pitch was hard and it was a bit dubious whether it would go ahead or not. But to actually start the game and then five minutes into it realise it was dangerous, [with] too many players slipping, I think is very embarrassing.

“This is a worst-case scenario. It’s embarrassing for the league, for the players and everybody involved.”