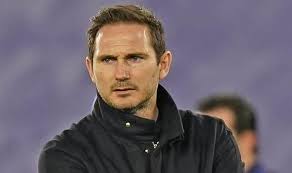 January 24 – Premier League Everton, one of England’s best supported but most under-achieving clubs, are looking for yet another manager after sacking Frank Lampard in their latest fight against relegation amid increasingly vociferous protests from fans directed at the board.

Lampard lasted less than a year in one of the most challenging jobs in the English game with Everton now looking for their eighth permanent manager since Farhad Moshiri bought the club in 2016.

Everton’s 2-0 loss at West Ham on Saturday was the team’s ninth defeat in last 12 matches and proved to be the last straw for Lampard.  He leaves with Everton second from bottom after 20 of 38 games, ahead only on goal difference from bottom-placed Southampton.

Lampard was hired last January and managed to steer Everton to safety in the final week of last season, extending the club’s stay in the top division to a 69th year.

But amid alleged poor planning and lack of strategy by the board – even though £600 million has been spent under Moshiri – Lampard has been unable to prevent the team from slipping into another relegation fight with Everton winning only three games, the fewest of any team in the league, and scoring 15 goals.

“Frank and his team’s commitment and dedication have been exemplary throughout their time at the club but recent results and the current league position meant this difficult decision had to be taken.”

The team’s next match isn’t until February 4 – against league leaders Arsenal – before a trip to Merseyside rivals Liverpool on February 13.

Former Burnley boss Sean Dyche and ex-Leeds coach Marcelo Bielsa are among the potential candidates to replace Lampard, according to bookmakers. Wayne Rooney, who started his playing career at the club, is also rumoured as an option.

“Nothing tells the story of Everton’s mismanagement under the current owner and board more than the fact we now need to appoint our eighth ‘permanent’ manager since 2016,” a statement said. “The chaos and dysfunction within Everton’s leadership has got us into this position. The owner needs to take urgent and radical steps to stop the rot. Or sell to someone who will.”