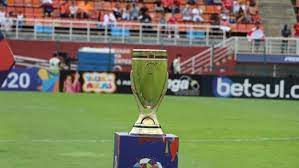 January 24 – Brazilian authorities have been alerted to attempts to manipulate matches in the Copinha, one of the country’s most important youth tournaments.

Sao Paulo’s police are investigating and trying to identify an alleged gang that recruits players in a betting related attempt to manipulate match events.

One match fixer tried to entice players from two teams with the same proposal. Players from Zumbi, from the state of Alagoas, and Real Ariquemes, from the state of Rondonia, were approached to fix the number of corner kicks in their respective matches in return for 3,000 Brazilian Reias (€530).

The players instead reported the incidents to the Football Federation of Sao Paulo (FPF).

“He didn’t ask to concede goals,” said goalkeeper Evan Guilherme of Real Ariauemes. “He said I wouldn’t harm myself. That I wasn’t going to harm myself by not conceding goals, but the proposal was to touch as many as balls into corners, on purpose, in this case, and in exchange he would give me a sum of money. It would be R$3,000.”

“My reaction was one of surprise. Because we know that in the world of football this betting business is very much alive, so… but I never imagined it would happen to me. I was quite surprised, a little shocked, but my reaction was different. I know my nature, so the first thing that crossed my mind was to reject it and alert the committee and the president of the club.”

The FPF has emphasised that closer cooperation with police is required to tackle the problem.

“The Copinha, which did not arouse so much interest in the past, due to the low wages, age group and risk factors that are present in various types of events and competitions, and characteristics of athletes who compete in these events, has even become a target of a certain priority,” said the FPF’s Paulo Schmitt. “And it’s a national event. So, as much as you do control, inspection, education within São Paulo football, when you have a national event, with athletes from all over Brazil, that makes the Copinha a point of differentiated risk for us.”