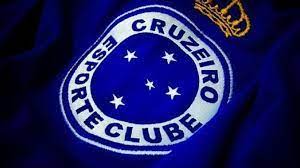 January 24 – Cruzeiro will no longer play at the iconic Mineirão stadium in 2023, according to club owner Ronaldo.

The forthcoming local derby between Cruzeiro and Atletico Mineiro has been shifted to the Independencia Stadium. “We consider our relationship with Minas Arena to be broken, we will not play any games at the Mineirão this year,’” said Ronaldo.

Ever since the 2014 World Cup when the stadium was upgraded, the Mineirão has been run by Minas Arena through a public-private partnership with the State of Minas Gerais. If a minimum revenue is not reached, the public purse will chip in.

It’s a situation that displeases Ronaldo, who in the past has spoken of building a new stadium for Cruzeiro. He believes that Minas Arena wants to transform the stadium more and more into a venue for live shows and entertainment. Last year, Cruzeiro also had to move matches to the Independencia in the Copa do Brasil and in the Serie B.

“It is a problem that the state will have to solve,” said Ronaldo. “The people of Cruzeiro have the Mineirão as their home, but we are in a contract that is very badly executed. It is one of the worst contracts that the state government has, logically that Minas Arena is very comfortable.”

Ronaldo says that Cruzeiro have a deal with America to play matches at their stadium for 2023 in both the Brazilian Cup and the Serie A. After two seasons in Serie B, the Belo Horizonte club are back in the top flight, but their ambitions this year will remain limited to staying up.

In 2021, the former Barcelona player and World Cup-winner acquired a controlling stake of his boyhood club, investing $70 million in Cruzeiro. Three years earlier, he became the majority owner of Real Valladolid in Spain.