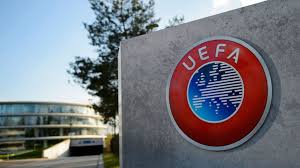 January 24 – In an alignment of common interests, UEFA and Football Supporters Europe (FSE) have signed a Memorandum of Understanding (MoU) that underpins their joint commitment to the European sports model.

FSE represents the interests of football fans across Europe and is a network formally established as a non-profit member association. Members are both individual fans as well as fan groups from more than 48 European countries and territories.

Set up as a lobby group for fans, FSE and UEFA found themselves increasingly closer together in terms of ideology over the challenge posed by the breakaway Super League clubs. This in turn led to a greater dialogue between the two organisations. Described by UEFA as a “momentous occasion”, the MoU sets “out the priorities and structure of cooperation between the two organisations until 2026.”

UEFA president Aleksander Čeferin said: “Without the continued loyalty of football fans, the game would not enjoy its success and popularity. UEFA is committed to ensuring that the needs and viewpoints of fans are a key consideration. Today’s landmark agreement shows that here at UEFA this is not an empty sentiment. We look forward to working with Football Supporters Europe on behalf of football fans in the years to come to ensure the game is a safe, secure, and welcoming place for all.”

The agreement recognises some key underpinning principles of the European football model, “including the central role of federations in overseeing the organisation and functioning of the sport, the open system of promotion and relegation within domestic leagues culminating with qualification to European competitions, top-down financial solidarity, as well as football’s role in cultural identity and its social and educational functions.”

Key priorities include initiatives to safeguard and enhance fan experience, the promotion and integration of the supporter liaison officer (SLO) role, and the development of structured fan dialogue policies at national level across Europe.

Executive Director for FSE, Ronan Evain, said: “The MoU demonstrates that UEFA understands the value and importance of football fans, whether it’s through protecting the future of European football, helping supporters have influence within their clubs and at national level, protecting human rights, or raising awareness around the positive contribution that supporters make to the game. We believe the joint commitments of the agreement will benefit all fans and we are excited to begin a new chapter of work together.”