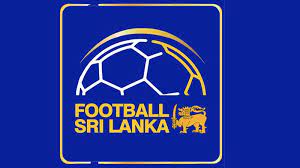 The Ministry of Sports introduced a raft of regulations that reportedly compromised the autonomy and independence of national sports bodies, including the FFSL.

At the ballot, Jaswar Umar was replaced by an ally of the sports minister. J. Sri Ranga got 27 votes while Umar received only 24 votes.

In a letter dated on January 22, FIFA secretary general Fatma Samoura wrote that the FFSL was suspended “until further notice in accordance with article 16 of the FIFA Statutes.”

The letter read: “..the FFSL has lost all of its membership rights, as defined in article 13 of the FIFA Statutes, until further notice. The FFSL representative and club teams are therefore no longer entitled to take part in international competitions until the suspension is lifted. This also means that neither the FFSL nor any of its members or officials may benefit from any development programmes, courses or training from FIFA and/or the AFC.”

FIFA said that the suspension might be lifted any time before the FIFA Congress which will take place on March 16 in Kigali, Rwanda.

In the run up to the election, the incumbent Umar, an AFC executive committee member, and his rivals threw mud at each other with the former accused of mismanagement in his former role as FFSL general secretary as well as during his presidency, enjoying too many perks. Umar pointed at previous administrations to explain the sorry state Sri Lankan football finds itself in.