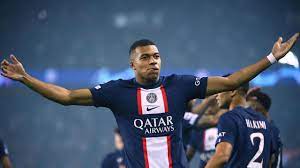 January 25 – PSG and France superstar Kylian Mbappé is the most valuable player in the world and worth €32 million more than Man City’s Erling Haaland, according to the latest player valuations from Football Benchmark.

Jude Bellingham at €147 million is the third highest valued player and the leading player under the age of 21.

Looking at the highest increases in player value since October 2022, Barcelona and Spain’s Gavi tops the list with a €51 million (70%) increase in value to €123 million. The return to form of Manchester United and England forward Marcus Rashford saw his value rise €28 million (48%) – he is the seventh highest ranked player in terms of value increase. 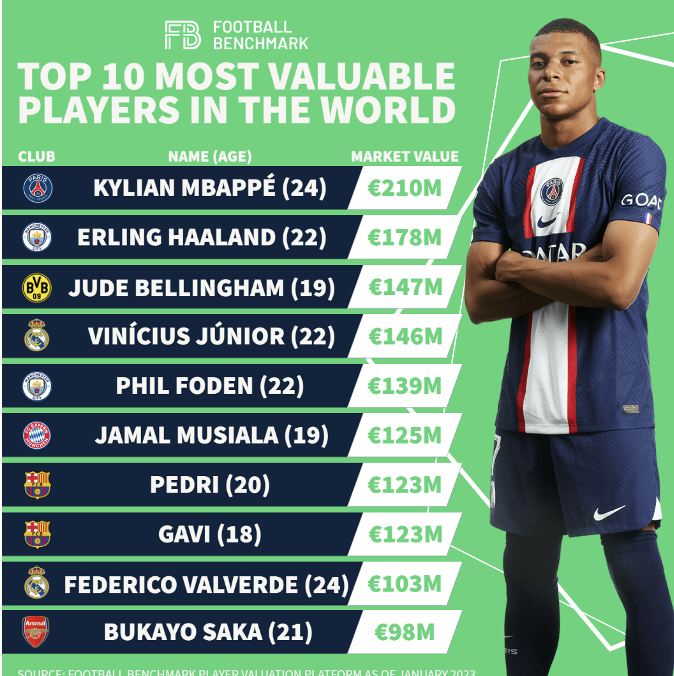 The Football Benchmark team comment that “it says a lot about a trend in modern football that all 10 of the world’s most valuable players are under the age of 25.” Jamal Musiala, Gavi, Federico Valverde and Bukayo Saka are all new joiners in the top 10 since July, replacing Harry Kane, Bruno Fernandes, Trent Alexander-Arnold and Mason Mount.

Looking at the leagues the players come from, La Liga is the league with the most players on the top 10 list (4), followed by the English Premier League (3), German Bundesliga (2) and Ligue 1 (1).

“The first Serie A player in our ranking is AC Milan left winger Rafael Leão, in the 21st position,” say Football Benchmark who also point out that “the last, October 2022 list included seven players worth more than EUR 100 million; that number has risen to nine this time around.”

Five of the top 10 most valuable U21 players in the world play in the German Bundesliga. 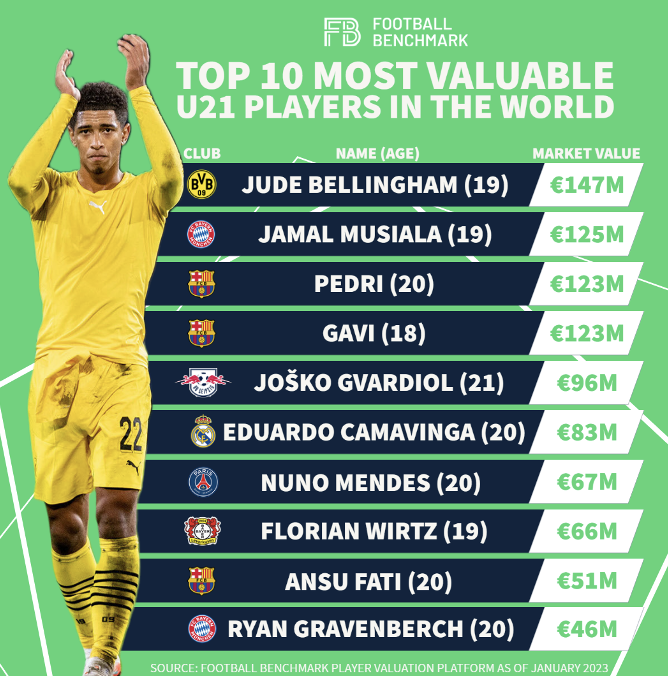 Manchester City continue to lead the ranking of clubs by squad value, Chelsea, active in the transfer market, have risen to third in the ranking by value, if not third in the Premier League by performance.

“The dominance of the English topflight is evident as all the so-called ‘Big Six’ are among the most valuable squads in the world. Last October, the only club with an above €1 billion squad value was Manchester City, while the current list has six teams having surpassed this major threshold,” highlight Football Benchmark. 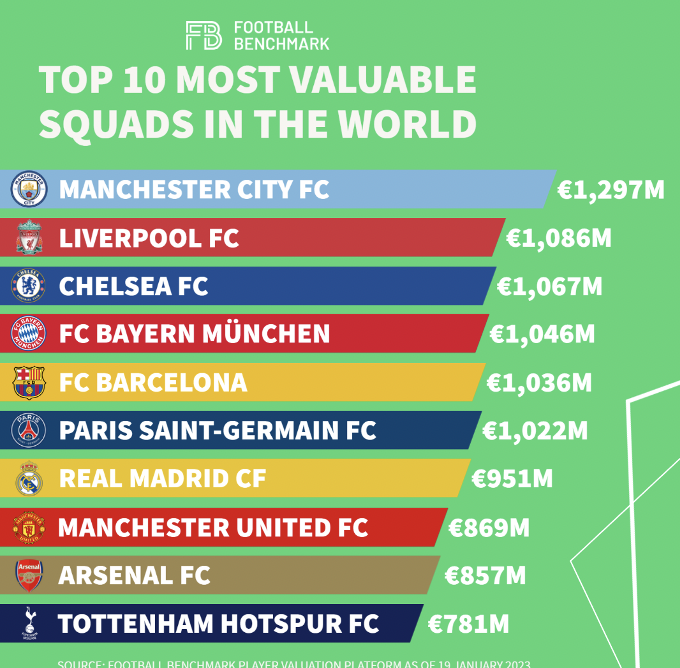