The 2nd edition of the AFC Asian Cup saw the inaugural champions South Korea confirmed as hosts, with the tournament again staying as a four-team round-robin competition with no final and the unusual arrangement of 80 minute games.

The qualification tournament, as with 1956, was separated into Central, Eastern and Western Zones, but was this time set as a round-robin league table, rather than the lengthy knock-out competition that was plagued by withdrawals for the previous edition.

There were withdrawals from qualifying before it began in early 1959, with four teams not participating in the Central Zone, Japan withdrawing from the Eastern Zone and Afghanistan, Ceylon and Nepal declining to enter the Western Zone, but this edition each group winner still needed to play games to make it to South Korea, with South Vietnam and Israel making their second successive tournament as winners of the Central and Western Zone respectively. 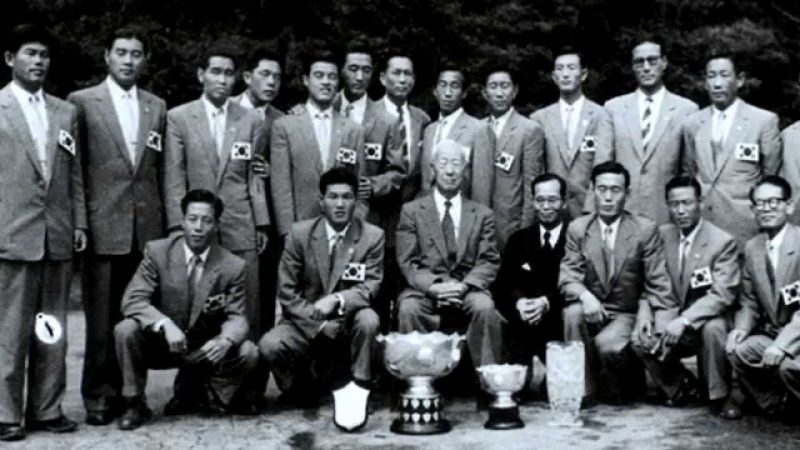 It was in the Eastern Zone where a new team qualified, as Republic of China won a goal fest of a group, beating Philippines and Hong Kong 7-4 to make it to South Korea.

The 1960 AFC Asian Cup kicked off in front of 30,000 people at the Hyochang Park Stadium in Seoul, the location of all tournament games. The hosts and defending champions set their stall out with a 5-1 thrashing of South Vietnam.

South Vietnam were unable to bounce back against tournament debutants Republic of China, losing 2-0, before Israel played the hosts in a game overshadowed by crowd trouble, where over 100,000 people had surrounded the stadium in the build up to the game and had stormed through the gates, injuring more than 30 people and killing a young boy in the crush. The referee also had to suspend play several times during South Korea’s 3-0 win because of the crowd spilling on to the pitch.

In their next match Israel put the pressure on the hosts with a clinical 5-1 defeat of South Vietnam, leaving the Vietnamese team heading home pointless.

In front of another capacity crowd that, following the issues at the Israel game, were more closely monitored by armed police, both sides played out a nervy match with one goal looking like it would secure the victory. Moon Jung-Sik scored the only goal after 54 minutes to secure the 1-0 win that confirmed South Korea as the dominant power in Asian Football.