The 1964 tournament saw the AFC Asian Cup move to the western side of the continent for the first time as Israel took on the hosting rights for the tournament which had increased in size to a five-team round-robin tournament, with Israel qualifying as hosts and South Korea as holders of the tournament.

Taiwan, who played in the 1960 tournament as Republic of China, were due to play Japan and the Philippines in Taipei in August 1963, but owing to selection issues by the Philippines due to a dispute about whether overseas Chinese would be eligible and Japan withdrawing before the tournament, Taiwan qualified by default.

India also qualified for the tournament by default from the Western zone after all the other teams in the zone withdrew due to political issues with India, so the Eastern zone was the only zone with any qualification games taking place. Hong Kong were the team to qualify for the 1964 Asian Cup after emerging undefeated from games against Malaysia, South Vietnam and Thailand.

Even before the finals tournament began, problems arose when Taiwan were forced to withdraw after they cited logistical difficulties. South Vietnam, who had finished runners-up in the Central zone, were offered the place vacated by Taiwan, but refused for financial reasons, so the tournament was again a four-team competition. Once again, the games were all set to be 80 minutes long. 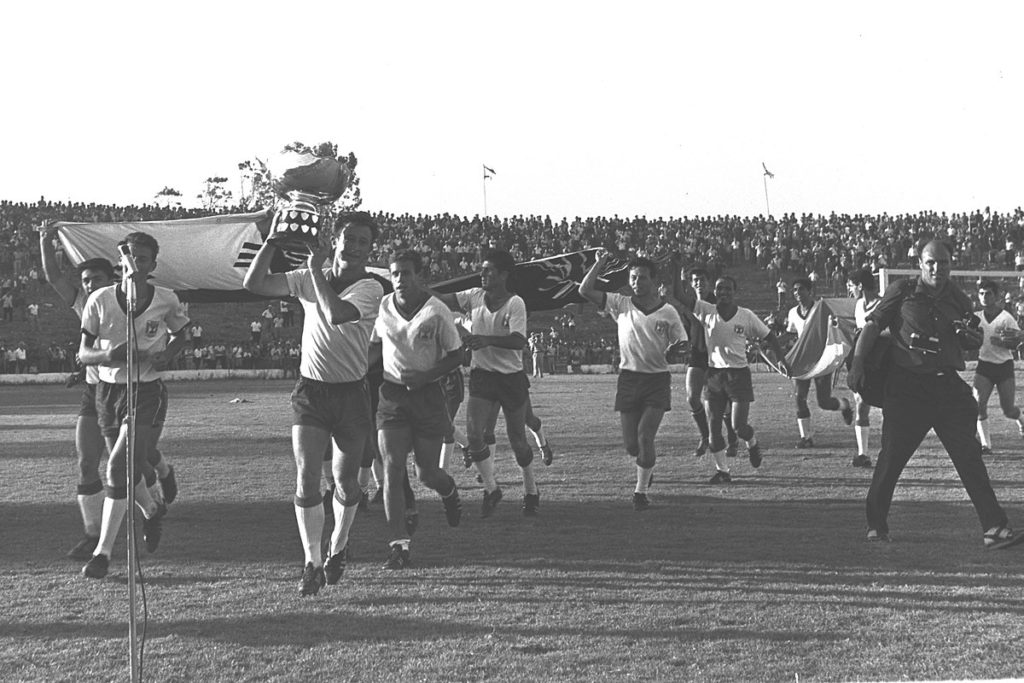 Israel kicked off the tournament on 26th May 1964 at the National Stadium, Ramat Gan with a 1-0 win over Hong Kong after a Mordechai Speigler goal four minutes from time, before India caused a massive shock with a 2-0 win over holders South Korea in Haifa the next day. South Korea had won the first two Asian Cups, so had come to Israel with the expectation of securing title number three.

India’s win set them up for a clash with the hosts just two days later where the winners would have the advantage going into the final round of matches. In front of a capacity crowd at Bloomfield Stadium, Israel secured a vital win with Spiegler scoring a penalty for his second tournament goal and Aharoni sealing the win four minutes from time.

India went on to end their tournament with a clinical 3-1 win over Hong Kong, with Inder Singh joining Mordechai Spiegler as tournament top scorer, while South Korea bounced back with a 1-0 win against Hong Kong that set up an unofficial tournament final with Israel in Ramat Gan.

The biggest crowd of the tournament at 35,000 filled the stands at the Ramat Gan Stadium for Israel’s big moment against South Korea. They were not to be disappointed as Moshe Leon opened the scoring after 20 minutes, then Gideon Tish gave Israel an advantage they would not lose after 39 minutes. South Korea got one back in the last minute through Lee Soon-myung, but nothing could spoil Israel’s day as they became Asian Champions for the first time.