The 1972 tournament saw an increase in the number of final teams, with eight teams due to be involved in the final competition in Israel, who would be hosting the tournament for the second time and who had qualified automatically alongside 1968 winners Iran.

Qualification began in 1971, with Central, Eastern and Western zone qualification again in place, but with a different system of group allocation games, followed by a group stage and a knockout stage with the two finalists in each zone qualifying for the final tournament.

As with previous editions of the tournament, plans changed on a regular basis as teams withdrew from each zone. South Korea became beneficiaries of withdrawals in the Eastern Zone as Japan, the Philippines and Taiwan all withdrew, leaving them to qualify by default.

In the Central zone, there were four withdrawals, leaving six teams to battle for two places in the qualifying tournament held in Thailand. Brunei and Khmer Republic entered for the first time and both had vastly different experiences, with Brunei losing 10-0 to Thailand and 9-0 to Indonesia, while the Khmer Republic beat Hong Kong, lost to Malaysia to finish second in the group, then managed to qualify alongside Thailand after beating Indonesia 2-0. Thailand celebrated qualification by winning the final 4-2.

In the Western zone, India and Pakistan both withdrew before the qualification tournament in Kuwait, but six then became seven after Iraq were admitted to qualification after opting to enter the tournament.

Following the group allocation games, the two groups saw the late entrants Iraq win all three games to qualify from Group A with Jordan, while Kuwait and Lebanon qualified from Group B ahead of Syria. The two tournament places were secured by Iraq and Kuwait after big semi-final wins against Lebanon and Jordan respectively, with Iraq winning the Western zone final 1-0.

Preparations for the final tournament were then thrown in disarray as the various geo-political issues and hostility from the region towards Israel, after the 1967 Israeli-Arab war, caused the Israelis to pull out of the hosting of the tournament, leaving no host in place.

Fortunately for the AFC, Thailand stepped in at short notice to host the tournament, with all games in the group allocation matches, Group stages and knockout games due to take part at the National Stadium in Bangkok. Only six of the original eight spaces originally allocated for the tournament were filled after Israel’s withdrawal and only one team qualifying from the Eastern zone.

The groups were formed after the Group allocation matches, with Iran, Iraq and Thailand forming Group A and Khmer Republic, Kuwait and South Korea the Group B participants. 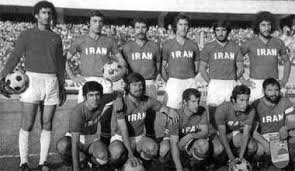 In Group A, Iran asserted their authority and showed why they were the team to beat in the Asian Cup with a Hossein Kalani hat-trick securing a 3-0 win. Iraq then drew 1-1 with hosts Thailand that meant that they could only progress if Thailand lost by more than three goals.

Thailand almost caused an upset as two goals in a minute by Prapon Tantariyanond put the Thais in range of winning the group, but Ali Jabbari silenced the capacity crowd with an eight-minute hat-trick, the third coming two minutes from the end of the match and securing top spot for Iran.

Things were not as cut and dried in Group B as South Korea, back at the Asian Cup after missing out in 1968, thrashed Khmer Republic 4-1, but then lost to Kuwait despite scoring first. This meant qualification, but it left their final group position in doubt and, with Iran winning Group A, second place would mean having to go past the Iranians to get to the final.

Kuwait and Khmer Republic took to the field on 14th May with Kuwait having their fate in their own hands and Khmer Republic needing to win by three goals to clinch a knockout spot. It was somewhat of a shock, however, when the Khmer Republic thrashed the Kuwaitis 4-0 to finish second in the group, with South Korea squeaking through as group winners because of a better goal difference and the shell-shocked Kuwaitis on the way home.

The fairy-tale story for the Khmer team was to not have a happy ending as despite Doeur Sokhom equalising a Safar Iranpak goal, the hero of 1968 Parviz Ghelichkhani scored the winner early in the second half to send Iran a step closer to a second successive Asian Cup.

They would face the first Cup holders South Korea in the final, but only after they had survived a titanic struggle with Thailand that finished 1-1 after extra time, with both goals scored in that period, and then saw one of the earliest international penalty shootouts taking place, with South Korea just edging through 2-1 to send the devastated hosts out.

Thailand had the consolation of winning the third-place playoff, winning 5-3 on penalties against Khmer Republic in a match that served as the curtain raiser to the first official Final of the AFC Asian Cup between Iran and South Korea.

A high-profile game brought a thrilling final, with Ali Jabbari opening the scoring with a low shot past the keeper after sprinting through a gap, before Park Lee-Chun levelled things up with a stunning drive from outside the area. With neither bowing down and the trophy in their sites, the game went to extra time, Hossein Kalani secured a second successive Asian Cup for Iran with a smart header five minutes from the end of the game.