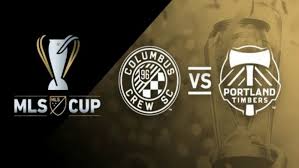 By Ben Nicholson
December 14 – The 2015 MLS season came to an end last week with the MLS Cup final between Portland Timbers and Columbus Crew. And while the league’s lofty ambitions have been creating international stir in recent months, the cup final failed to generate much of a domestic stir, according TV viewership figures.