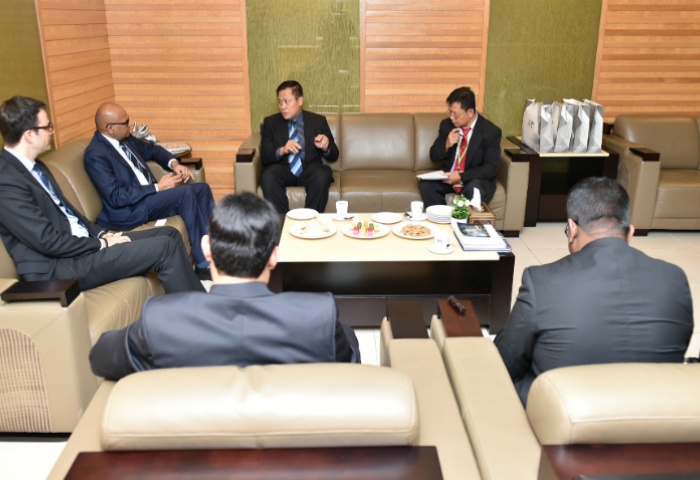 August 18 – The Asian Football Confederation (AFC) has met with the 10-nation international police body ASEANPOL with a view to forging closer collaboration, particularly in the battle against match-fixing and organised betting crime in the region.

The AFC General Secretary Dato’ Windsor John said: “The AFC has a zero tolerance to match-manipulation, which goes against the intrinsic foundations and values of our sport – fair play and respect.

“Working closely with relevant stakeholders such as ASEANAPOL will enhance our ability to deploy a 360-degree approach on the issue through prevention, detection and response.”

The two organisations had previously met in April, taking the first steps to increase links between the two bodies. At the meeting in Kuala Lumpur ASEANAPOL shared with the AFC representatives key insights on its recently conducted 36th Conference held in Putrajaya, Malaysia.

“Looking ahead, the AFC and ASEANAPOL also agreed to continue working closely with other relevant stakeholders and bodies to establish a more targeted approach and greater collaboration to combat match-fixing,”said an AFC statement.

“As envisaged in our vision and mission, we will continue to strengthen our position among the leading international sport bodies firmly committed to curbing the issue of match-fixing,” said John.