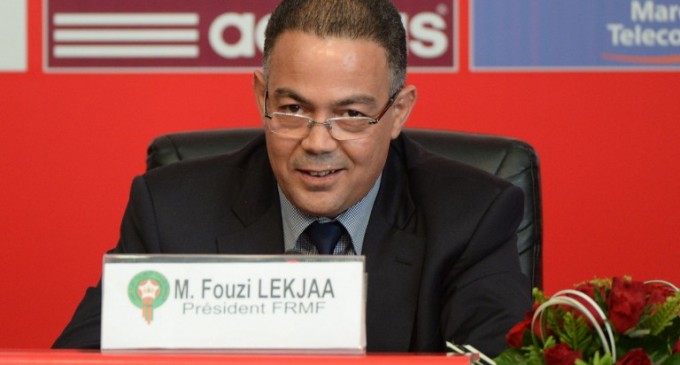 July 9 – Fouzi Lekjaa, 3rd Vice-President of the Confederation of African Football (CAF), is at grave risk of being fined and banned by the organisation of which he is a high-ranking member, when CAF’s Disciplinary Committee sits in Cairo on Tuesday, to hear a complaint the Ethiopian Football Federation (EFF) have filed against the Moroccan.

Lekjaa (pictured), also President of the Royal Moroccan Football Federation (FRMF), is alleged by the EFF to have assaulted Ethiopian FIFA-listed Referee Bamelak Tessema after RS Berkane, Lekjaa’s hometown club, lost to Zamalek of Egypt in the CAF Confederation Cup final in Alexandria.

Tessema was the centre referee for the encounter.

In a protest letter written by the EFF to CAF on June 5 (see below), the Ethiopian Federation alleged that “after the game, during the medal ceremony, the 3rd Vice-President of CAF and the President of the Morocco Football Federation, Mr Fouzi Lekjaa, had beaten Mr Bamelak Tessema with a head-butt.

“After the players [of RS Berkane] saw Mr Fouzi Lekjaa’s action, they started to harass and kick him (Bamelak). Fortunately, he was saved by the authorities.

“As the Ethiopian Football Federation, we are following this case seriously,” they said.

Under Article 146 of CAF’s Disciplinary Code, “A player or official who openly incites others to hatred or violence will be sanctioned with match suspension for no less than one (1) year and with a minimum fine of twenty thousand US dollars ($20.000)…

“In serious cases, in particular when the infringement is committed using the mass media (such as the press, radio or television) or if it takes place on a match day in or around a stadium, the minimum fine will be fifty thousand US dollars ($50.000) and the suspension one (1) year at least,” the statute concludes.

Sources within CAF have told Insideworldfootball that Lekjaa has been ordered to make a personal appearance before the Disciplinary Committee. It did not confirm, at the time of writing this report, whether Lekjaa had agreed to appear before the body.

As Tessema included the alleged assault in his official match report, he is not expected to appear before the body that is chaired by Raymond Hack, a lawyer and former CEO of the South African Football Association.

Many within the corridors of African football power say this is a decisive moment for CAF, as there were several eye-witnesses to the incident, who insist the complaint of the EFF is legitimate and must be transparently dealt with.

“Many within the African football community are watching, very closely, to see how this matter is handled, because of Lekjaa’s very strong influence within the organisation,” one knowledgable and influential source in CAF, who declined to be named, told Insideworldfootball.

“I do not see how CAF will have the credibility to punish anyone for any act of indiscipline if this matter is not dealt with. No matter a person’s position or his level of influence within CAF, once they commit a grave offence, they have to pay for it. If the right decision is not taken, it will be very bad for the organisation,” the source said.

Lekjaa has been at the centre of controversy in CAF, when he accused the body, of which he is a key member, of turning a blind eye to the use of overaged players at the last Under-17 African Championship in Tanzania.

The FRMF President has also threatened to take CAF to the Court of Arbitration for Sport, after the stalemated Champions League final between Tunisia’s Esperance and Morocco’s Wydad Athletic Club. The latter side abandoned the match, in protest against a goal that was mistakenly disallowed by Gambian Referee Papa Bakary Gassama.

Going contrary to its own regulations – as stated in Paragraph 17 Section 11 of the Champions League rules – the governing body’s executive committee, at a meeting in Paris, ordered a replay of the second leg of the final, rather than award the match and the trophy to Esperance, following Wydad’s abandonment of the game. 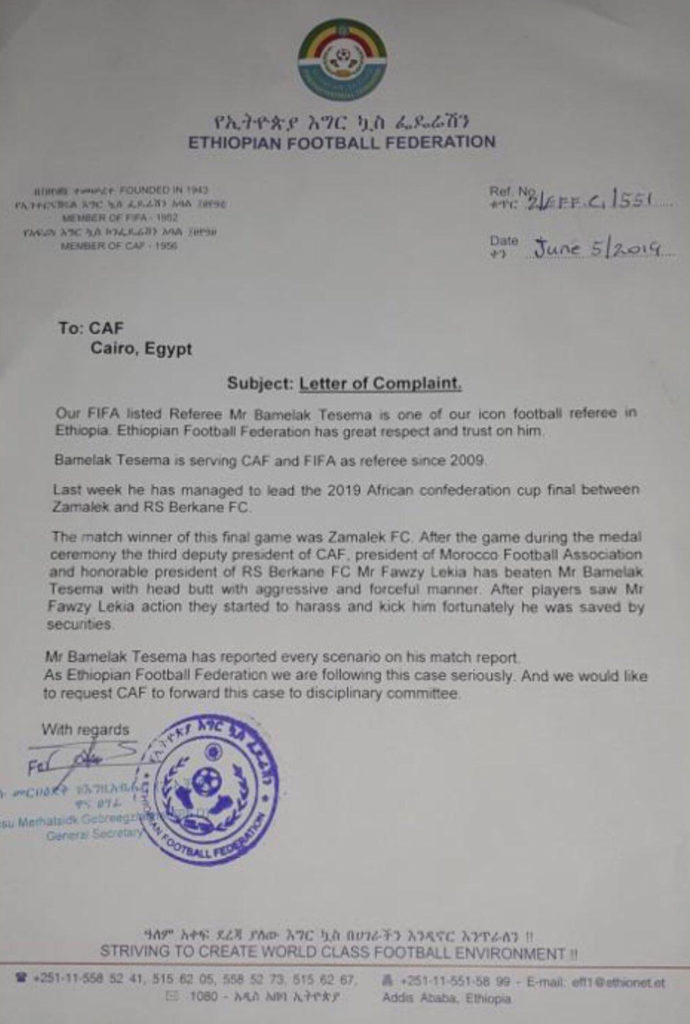