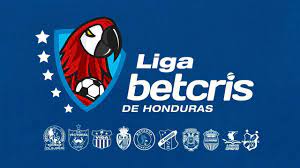 March 22 – Online bookmaker Betcris, based in Costa Rica, has continued its expansion in south and central America with sponsorships covering nine League of Honduras clubs. Betcris is already title sponsor of the league.

Betcris has been moving rapidy in the Americas to secure football sponsorships.

Betcris recently agree new three-season deals with Brazilian football clubs Ceará and Fortaleza. It is also the sponsor of the Mexican and Ecuadorian national teams, as well as a number of leagues and clubs in the region. In the US it is active in MLB and the NFL.

Rafael Granja, Head of New Markets at Betcris, said: “For us, this new step we are taking is a source of pride, as we are sponsors of clubs with a great historical tradition and we know they have a lot to offer locally and internationally, and we thank each of the teams that has made this possible.”

No value was given for the Honduran deals which are believed to be for three-year terms.