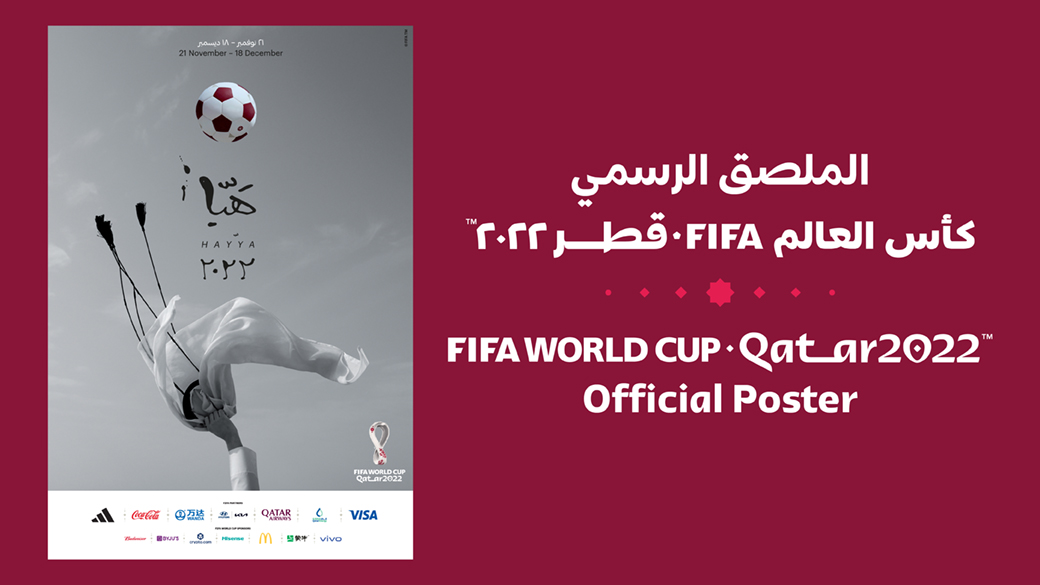 June 16 – The Official Poster for the World Cup Qatar 2022 was unveiled yesterday at a special event at Hamad International Airport.

Qatari artist, Bouthayna Al Muftah, has developed a series of seven posters for the tournament with the main poster depicting traditional headwear being thrown in the air.

The posters showcase the Arab world’s passion for football and the game as something that brings families together.

“My main inspiration was the concept of collective memory,” said Al Muftah. “Most of my work focuses on past experiences, memories, tying them to the present and archiving them in a contemporary manner. I wanted the posters to follow this theme and tell the story of Qatar’s football culture.

“I wanted each poster to show celebration and football fandom in Qatar. The main poster depicts the ‘gutra’ and ‘egal’ [traditional headwear] being waved in the air in a celebratory manner – which is something fans do here when a goal is scored.”

“Our traditional headwear features prominently across many tournament assets – including the design of one our stadiums, Al Thumama, the tournament logo, the Official Mascot, La’eeb, and now the Official Poster. We are very proud that our culture and heritage feature so heavily in everything related to the tournament.”