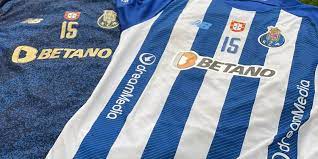 The four-year agreement will see Betano become the club’s shirt front sponsor, adding to relationships it already has with Benfica and Sport Lisbon.

Jorge Nuno Pinto da Costa, President FC Porto, said: “Futebol Clube do Porto has always sought to associate itself with great brands and this partnership, the one we have now reinforced with Betano, follows up on that intention.”

Betano and Stoixman, both Kaizen Gaming brands, hold a number football sponsorships across Europe and Latin America including Fluminense and Atlético Mineiro in Brazil, U de Chile and CD La Serena in Chile, FCSB and Universitatea Craiova in Romania, Olympiacos and PAOK FC in Greece.

George Daskalakis, Chief Executive Officer, Kaizen Gaming, said: “What I consider even more important is signing on with a club that values long-standing partnerships; it is a true mark of confidence in our company, our brand Betano and our commitment to Portuguese football. We look forward to a long and fruitful collaboration with the team.”

No value was given for the shirt sponsorship.