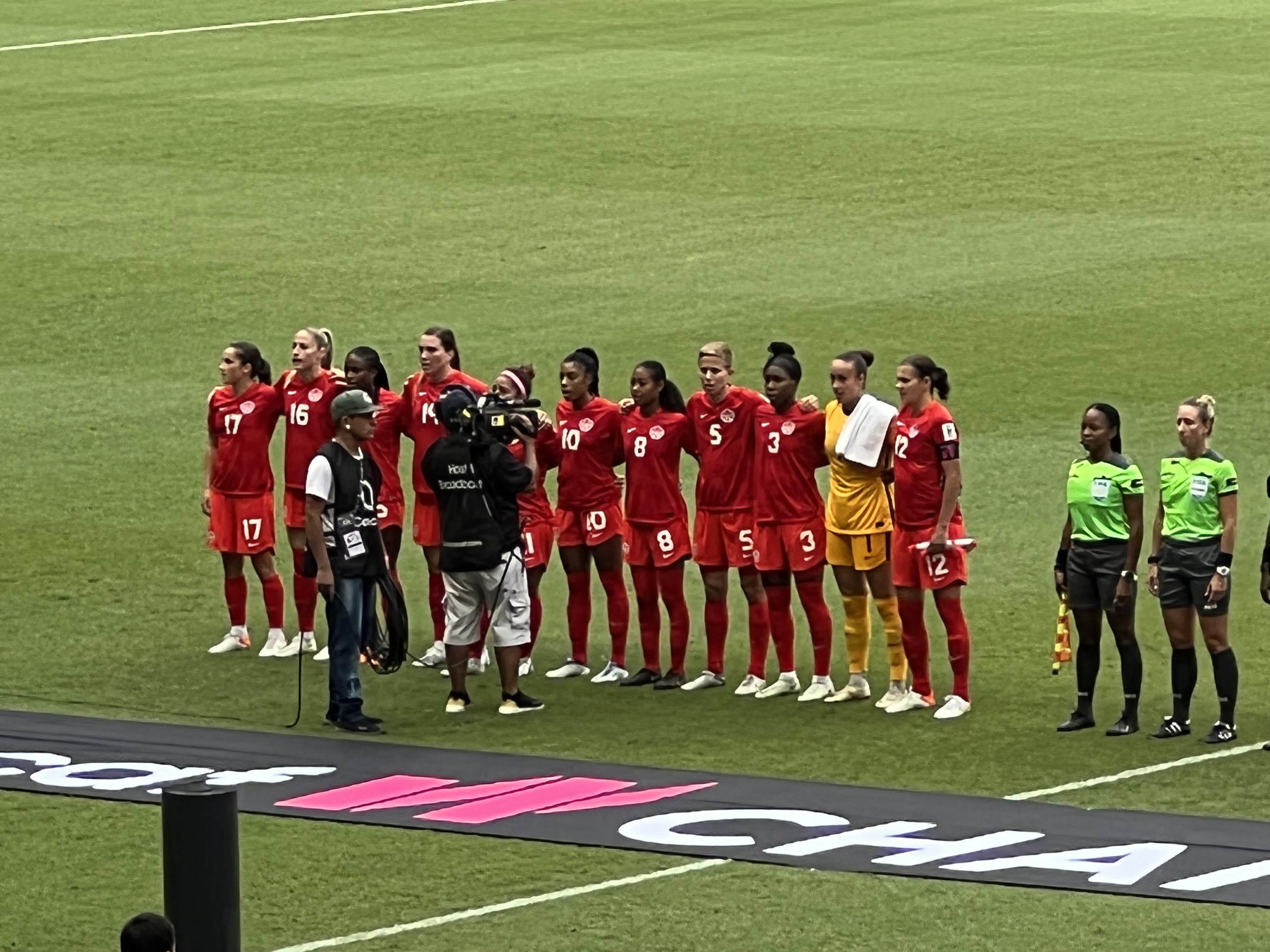 July 14 – The Canadian women’s team, currently preparing for their semi-final clash with Jamaica tonight in the Concacaf W Championship, have issued a joint statement with the Canadian men’s team calling for Sport Canada to investigate commercial partnerships agreed by their national federation.

Both the men’s and women’s teams are currently embroiled in a negotiation with Canada Soccer over World Cup bonus payments with players arguing they need more of the FIFA money the federation receives for participation.

Neither teams are getting what they want with the federation saying it can’t afford to pay their demands if it is to sustain its development, including the expansion of professional leagues in the country.

The timing of the joint statement could not have come at a more inopportune moment with Canada chasing the Concacaf W Championship title and the automatic berth to the 2024 Olympic games. By qualifying for the semi-finals they guaranteed their spot at the 2023 World Cup.

The pay dispute with the men’s team hit a peak in June with their demand of greater share of the $10 million FIFA fee. They have been offered $1 million, but the players are demanding 40%.

The dispute became so heated with the men’s team that they refused to play a friendly against Panama in June, though they continued to train and did subsequently play a Nations League match in Honduras, which they lost.

That deal was a long time in the making and was signed at a time when there was no guarantee the men’s team would challenge at the top of their confederation,even though they knew that they had a good set of younger players who were starting to get playing time in overseas leagues.

The men and women’s players believe the CSB deal is a bad one and by implication a potentially corrupt one, and are demanding greater transparency from the federation.

While not a single women’s player plays her club football in Canada, many were developed within the Canadian youth system and national youth teams before joining professional teams in other parts of the world. They argue that it is their labour that has raised the interest of the game in Canada and the commercial support it is starting to generate, and they want to be compensated for it.

“As a united group of Canada’s National Team players, we seek full transparency from Canada Soccer. We call for an investigation by Sport Canada of Canada Soccer’s governance practices, and of the circumstances by which Canada Soccer entered into its agreement with Canada Soccer Business,” said the joint men’s and women’s team statement released Wednesday.

“Moving forward, we call for the members of Canada’s National Teams to be properly consulted in key Canada Soccer decisions impacting the National Teams.”

For the Canadian federation the issue is very simple, and is one faced by many federations across the Caribbean and Central America. If they pay the player demands in full they run the risk of bankrupting the federation, at the least they will not be able to run their development programmes. Hence the dramatic rise of Canadian soccer to world recognition will pretty much be smothered at birth.

While the US were able to agree a massive deal with their women’s team to settle their long-running pay dispute, Canadian soccer is nowhere near as developed commercially and is in a smaller market where the soccer infrastructure is playing catch-up. Even in the US, insiders say the fall out from the pay deal will stretch the national federation’s resources and mean the axing of multiple grassroots initiatives.

In their statement the players say: “Our sport is at a critical moment in Canada. Both of our teams have qualified for the World Cup. Parents and children across the country are embracing the sport, the success of the National Teams is inspiring the whole country, and the future of our national teams, which depend on robust youth and developmental talent pipelines, is looking brighter than ever. We are moving closer than ever before to a domestic professional women’s league.”

The irony of this is that the women’s league is being sold and financed by CSB.

There is no doubt Canadian Soccer president Nick Bontis has blown the negotiation with his players, and under-estimated their resolve. And the CSB deal does need to be looked at in a transparent way so that the players can make informed decisions. Certainly a compromise needs to be found that will see CSB share any windfall that takes place.

The meltdown situation for Canada is that their success, seemingly built on sustainable foundations, will dribble away as quickly as it was achieved. And that would be a real scandal.

For the moment there is too much heat in the dispute. And tonight Canada’s women enter the 90+ degree cauldron of the Estadio Universitario in Monterrey to play for a place in the Concacaf W Championship final, and a shot at 2024 Olympics qualification. Cooler heads will be needed for that battle.