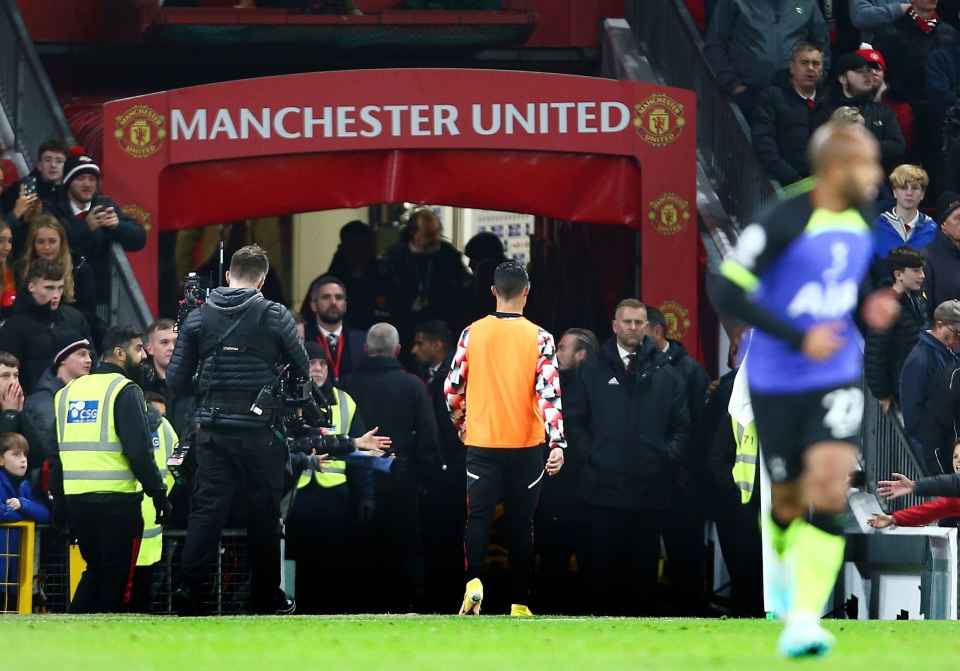 October 20 – Manchester United manager Erik ten Hag says he will “deal with” Cristiano Ronaldo after the five-time Ballon d’Or winner left the pitch without permission after being left out of their 2-0 win over Tottenham on Wednesday.

The Portuguese superstar disappeared down the tunnel just before the end of the game, seemingly upset at being an unused substitute.

It came three days after he showed his displeasure at being substituted against Newcastle having started that game.

Former Manchester United goalkeeper Peter Schmeichel told the BBC that Ronaldo, now 37, would have been aware such behaviour would create “headlines”.

“It’s the first time I can say that I am disappointed with him. Normally I back him, I understand his situation,” Schmeichel said.

“We are in transition. Manchester United are now five managers down the road since Alex Ferguson. We don’t need distractions like that, and that’s a disappointment, I would say.”