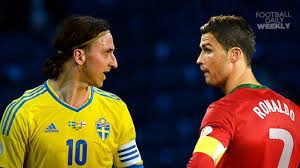 June 22 – Ronaldo returns to action searching for that exclusive goal on a night that could see the Portuguese burst back in to Euro contention…or fizzle out. Ibrahimovic is also on show, his final show, and will want to leave his final mark as Sweden cling on to qualification hopes.

Italy vs Republic of Ireland

It’s crunch time for the Republic of Ireland, unlucky against Sweden, poor against Belgium. To reach the knockout stages at Euro 2016 they must achieve something they haven’t done in 28 years – win an actual game at the finals.

To make matters worse, Italy are the opponents so Martin O’Neill will be hoping they slack off having already guaranteed advancing from in Group E and that Antonio Conte will field many of his reserves.

Ireland could potentially take second spot by pipping Sweden on goal difference. Alternatively an Irish victory and a draw between Belgium and Sweden could also see Ireland through as a third-placed team. What they can’t do is lose – or they exit the tournament.

“We’ll learn a lot about our character against Italy. This is where courage comes into it – courage as a sportsman,” said Roy Keane, Ireland’s assistant manager.

Zlatan Ibrahimovic has announced he will retire after Euro 2016 and will hope to sign off in style against the Belgians. The 34-year-old much-travelled striker, who has scored 62 goals for his country in 115 appearances, has extra motivation secure Sweden’s place in the last 16.

The Belgians will advance with victory, however, after getting their campaign up and running with that 3-0 win over Ireland.

The Swedes have yet to register a single shot on target in their opening two matches but Ibrahimovic could change all that.

Belgium cannot finish top of their group due to their inferior head-to-head record with Italy, but will be assured of second place with a draw in Nice. Mousa Dembele and Yannick Ferreira Carrasco are doubts and will both undergo late fitness tests but skipper Eden Hazard is expected to overcome a thumb problem.

The romance will be over if Iceland, the smallest team ever to take part in the tournament with a population of just 330,000, lose in Paris.

Joint manager Heimir Hallgrimsson has warned his players they will face a tough challenge against a wounded Austria. “They had shown through qualifications how good they are,” he said.

“They are really organised, they seem to have been a bit unlucky in the two first games until now, let’s hope that it will continue.” Austria, who came into the finals unbeaten in qualifying, are in an even more precarious position with just a point from two games and will attack from the start.

Austria boss Marcel Koller welcomes back Aleksandar Dragovic after the central defender was suspended for Saturday’s draw with Portugal. The Austrians have not progressed from the group stage of a major tournament since reaching the second round at the 1982 World Cup. No pressure then…

Speaking of pressure, no country is under it more in the final series of group games than Portugal.

Either they have been very unlucky so far or very profligate, or somewhere in between, since no team has managed as many shots in their opening two games at Euro 2016. All they have to show for it are one goal, two points and a possible early exit.

One of the most technically gifted of the 24 teams, Portugal managed 50 goal attempts in their two games.

At some stage Cristiano Ronaldo will come good. Could it be against the already qualified Hungarians who, even if they lose, will almost certainly go through as one of the four best third-placed teams?

Ronaldo has been one of his country’s biggest culprits in front of goal, including firing a penalty against the post late in the Austria match. But he is course a mesmerising talent and with their injury worries having eased Portugal will believe their time has come.